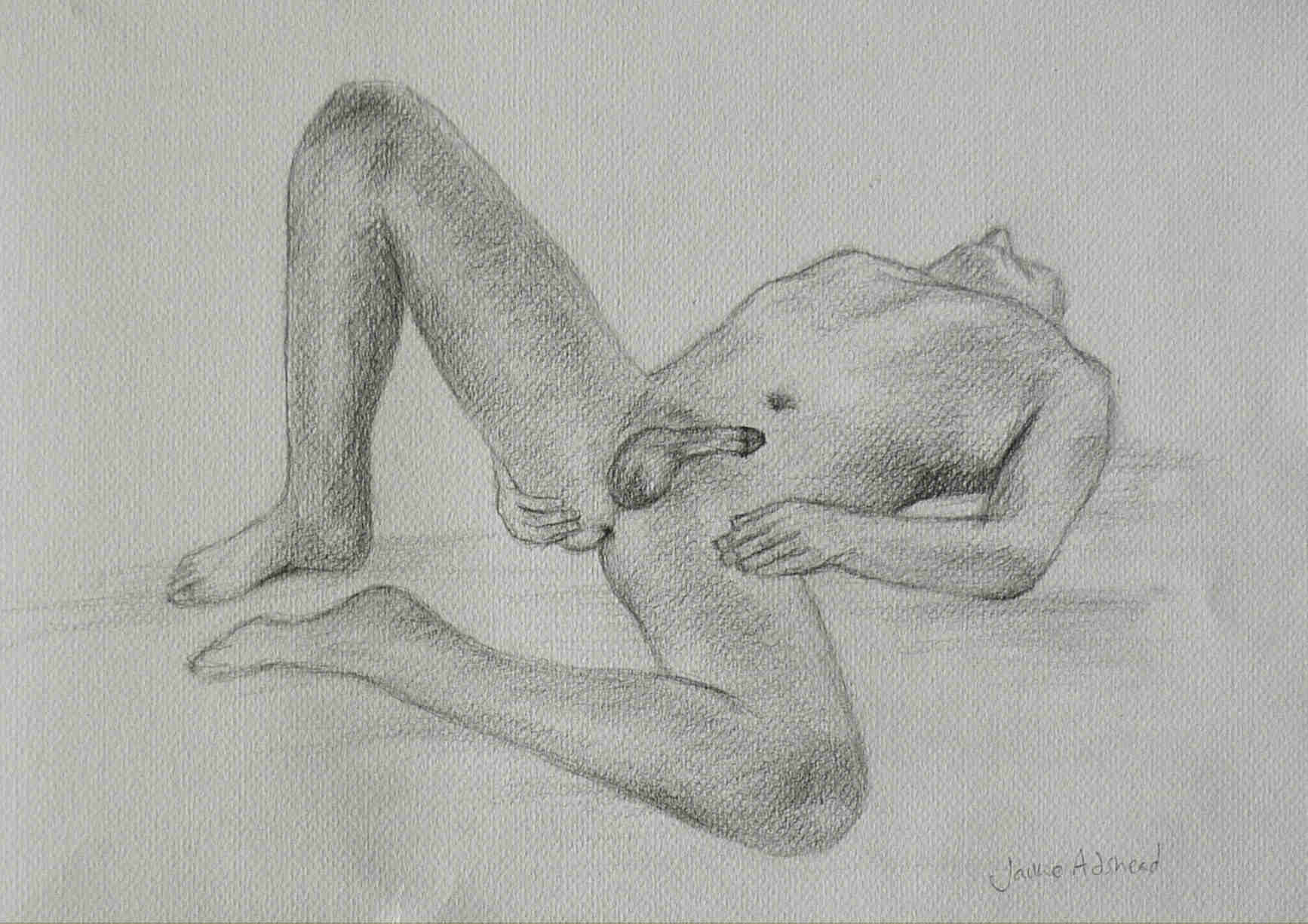 Giving something that no one else can

The reason the guy contacted me the other week was because I could offer something that he couldn’t get anywhere else.

We made the arrangement for this week and I was pleased that the pose didn’t change in any way from his initial discription, although I wasn’t quite sure how he was going to show two sides of his body to me at the same time……

I hadn’t seen him before he arrived, not even a photo, so had no idea of what he looked like other than “tallish and slim”. He arrived exactly on time, and we shook hands in smiling greeting as I welcomed him into the house and offered him a coffee which he politely declined. “Ok then, show me the pose you want to do”  I asked indicating the floor since I knew it was a reclining pose. Still fully dressed he went into the pose and asked me what I thought of it. It was the pose he’d described on the phone and it looked comfortable to me. He and his girlfriend chose the pose, and since he’s used to modelling for life drawing I could see why he chose it. I smiled and said he’d probably fall asleep in it since it looked so comfortable. I set up my easel and board whilst he stripped off, then to make sure we were both of the same mind-set I suggested a very quick two minute sketch so that he could see the image from the position I was in, rather than me spending two hours on it and him exclaiming at the end of it “Nooooo….. that’s not what I want!” But we were in total agreement, that was the pose, and I was ready to start.

He mentioned that it was a totally different as an experience for him, because instead of the artist telling him what pose to assume and how long it would last for, this time, he was telling me. I smiled as I’m used to doing this, and its all very normal in my life. He had found telling me over the phone what pose he wanted a bit strange – telling a complete stranger that he wanted to have an erection in the drawing, and that his girlfriend liked his bum a lot and that should be part of it. He’d also made sure that whilst he described the pose to me that his mate wasn’t in earshot otherwise he’d have never heard the end of it, knowing what men are like at joshing each other!

I explained whilst we discussed the pose that him lying there flat on his back is life-drawing, if he was doing something extremely sexual it would be pornographic as it leaves nothing to the imagination, but the placing of his hands in the picture, one on top of his thigh, and the other round the back of his right thigh reaching around to the more intimate areas make the picture far more erotic. Its the aspect of …*what happens next?* that makes it sexy and sensually alluring. His face didn’t need to be in the picture, infact it was clear that I was to just hint at his face. What mattered were his hands, and where they were going, and the fact he had an erection in the drawing.

We chatted as I found some music we both liked and started drawing, although we hadn’t met before we had very similar tastes in music (Clubland and Rock) and swopped amusing anecdotes about our experiences of nudity and art. We spoke the same language of life drawing nudity and art, so I think that helped us both to get on well, and for him to relax. I was already relaxed, this is my natural environment. Naked man to draw, and rock music playing! Yay!

em, and it was a big one, was that the easy pose that he’d chosen turned out to be anything but. It was such a shame, and I’ve seen this happen before, the model goes into the pose, it looks easy, and the artist starts to draw. But within twenty mintues or so, muscles start to ache, and all the model wants to do is something, anything, different with their body. But by then the artist is getting on with drawing, and I said to him that people sometimes ask if I am turned on when I draw naked people, and he nodded, because he knew that I was going to say that I don’t! The model isn’t feeling sexy, the artist isn’t feeling sexy, but between them they make a sexy picture.

The drawing completed, much to his relief, the pain had stopped in his legs, we looked at the picture, knowing that we had created it together. From a blank piece of paper, to this. And when he left, instead of the shake of hands that we’d done when we met, he kissed me on the cheek and thanked me for helping him to have such a relaxing experience for his first erotic art pose. I know his girlfriend was intrigued as to what the experience would be like, and he wants to bring her along to have her drawing done, or maybe a drawing of the two of them. He’s not convinced she can keep still long enough though, but I smiledand said I was more than happy to work from photos if that helped. So long as it didn’t involve alsations, and he laughed at the joke and said there was no fear about that one, consenting adults only!

I feel that I’ve made a friend today, but then I usually do when I draw someone who is in the nude. There seems to be an empathy between artist and model. Even if the model is rolling around in agony for part of it. We made each other laugh and smile with our shared anecdotes. And he will forget the muscular aches, and just look at the drawing, knowing it is him, and more than that, knowing that his girlfriend gets turned on looking at it.