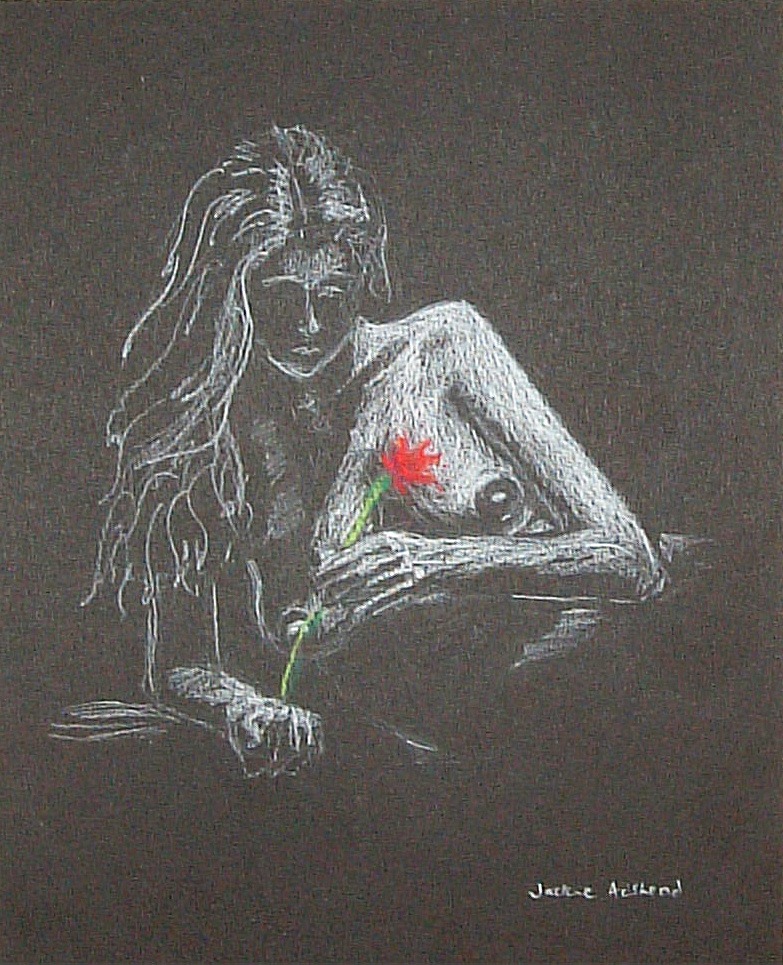 You couldn’t have come at a better time

I’ve been spreading my seeds far and wide. Out into the wide blue yonder (well, small pocketsÂ of North West Leicestershire actually) and now I’ll sit back and see what responses I get to my adverts for teachingÂ art classes. Since I would ideallyÂ like the classes at the same venue where I had my recent art exhibition, at Ravenstone Institute, partly as I know the place and the people who run it, its convenient to get to for a lot of people in the area, and although its an old building (built in 1921 for soldiers returning from the First World War and needing to learn skills to help them find employment) it’s of a good size and has adequate tables and chairs and space for a good number of people and their rental fees aren’t exorbitant. But, they do only have limited times available, so if they can’t accommodate me, I will have to look elsewhere.

I spent most of Wednesday designing and printing out my adverts and walking around Ravenstone hanging them, and yesterday I visited the neighbouring villages of Heather, Packington, Ibstock, and the little town ofÂ Ashby de la Zouch, Â hanging signs up there too. It was while I popped into the local garden centre that I hit gold (or should the phrase really beÂ *pay dirt*, with the emphasis on the dirt?) when I asked the attractive brunetteÂ  if they’d put up a sign for me there, she looked at the printed advert, and asked me straight away if I had another one, indeed I did pulling it out of my trusty carrier bag stuffed with adverts in plastic cases, stapler, and of course the necessary drawing pins to attach them. She said immediately that she was interested, and had a friend who would probably also be interested, and also called her colleague over who also said that she’d come too! It turns out that the brunette is in a local art club but is needing mor

e help in improving her skills – and this is exactly the sort of thing I am looking to teach! She said that she had been to an flower painting art workshop (run by another local artist who I know very well) and had enjoyed it, but couldn’t get her head around painting wet in wet (where the watercolour paint is very wet, and applied onto pre-wetted watercolour paper where it should float off in all directions, flooding the paper and creating light and pretty effects), I said I’d happily show her if she wanted to learn that effect, or maybe it wasn’t the right type of painting for her and she’d best paint another way – wet on dry, for instance (wet watercolour paint applied to dry paper where you have more control of the paint and itÂ SHOULD stay where its put instead of doing strange things on its own, but that’s part of the joy of watercolour painting for me, that sometimes it creates some very pretty effects all on its own). I said that was what I wanted to teach – the skills and technical tips that help people who can paint a bit improve their skills with more knowledge. “Oh, you couldn’t have come at a better time!!” she said, and gave me her details, and that of her colleague, and said that she’d let another friend who is also in the same art club know, as she thought she would be interested too.Â  She asked me when it would be, and I said that it would possibly be a weekday afternoon, her face fell, and said that they could’t come then as they were working, to which I said that in that case I may have to start two classes – a day time one, and an evening one, depending on what other people want. I only really need six people to start making it viable,Â and think I have five probables so far who may have two or three unknowns who will come with them. What I am hoping for is a regular weekly group, that will build up to a good sized number. But less than six and its not worthwhile starting unfortunately.

When I mentioned it to Stuart a couple of weeks ago he said that I’d gotÂ a lot of patienceÂ to do it, and when I spoke to a good friend yesterday and told her my plans for it she also said that I have the right character for it. I hope I have, its something I want to make a go of.

So, as usual, its been an eclectic Â mix of flowers (in watercolours), spiritual images (in pastel so far), landscapes (probably in acrylics) and eroticÂ  art (in oils) for me! Just as I like it! it stops me getting stilted when my mind is open to so many subjects.

And to finish off, I was most amused to catch an article on the radio yesterday lunchtime, talking about some chap who was a life model at a college somewhere, and who had been asked to leaveÂ due toÂ *inappropriate behaviour*Â reasons (and goodness knows what THAT was !!!!!) Â that he disputed but the college stood by. I suppose its the fascinating aspect of looking into another persons worldÂ – having been the the dentist earlier and not understanding ANYof the conversation between the dentist himself and his dental assistant whilst he was working his way around my mouth calling out the state and circumstances of each tooth (and you’d think I’d understand fully since they are MY teeth in MY mouth!). But, what is normal for the ones who speak in their own work language, is a total fascination for those outside it. Like on the radioÂ  yesterday when a couple of different womenÂ rang in to speak to the presenter and told them about their wonderfully uplifting and liberating Â experiences and how much they had enjoyed it, and the fact that they were “life models” meant they posed nude, much to the astonishment of the presenter it seemed. I had to smile at that one. And also at the fact that its as normal for me to draw a naked person in various states of arousal, as it is a botanical artist paint aÂ tulip. Which leads onto the usual joke that I get at this point when you mention erotic art, and tulips…. 🙂