Finding the gateway to the land of magic 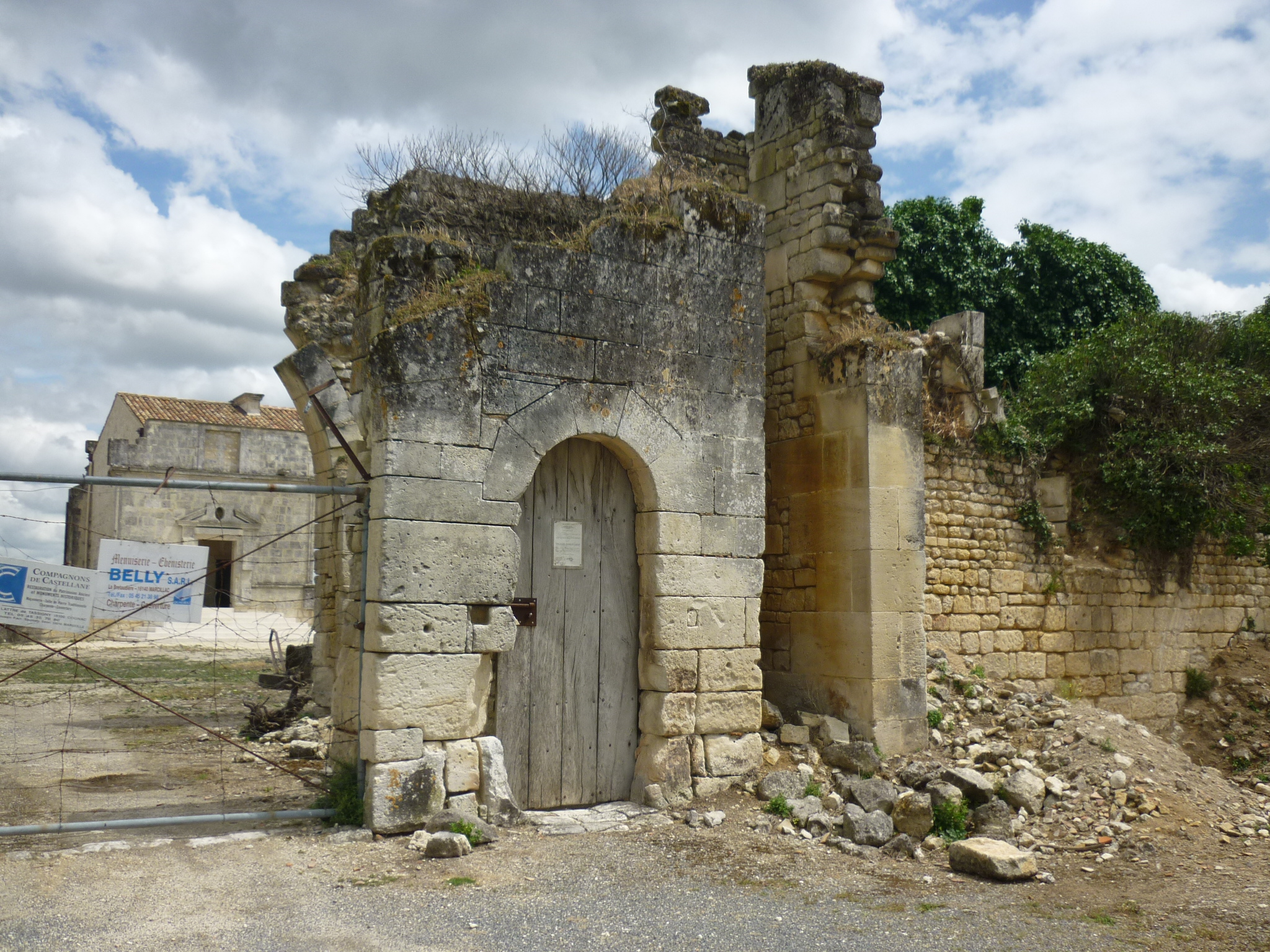 Finding the gateway to the land of magic

I knew when I went on holiday to the Loire Valley in France in June 2011 and first saw the ancient doorway of part of the ruin of an old chateau on a hill, that I wanted to paint it. I didn’t realise at the time that it would be almost 9 years before that dream would come to fruition!

The small village we passed through didn’t give us any clues as to what was at the top of the hill as we got to Bouteville Chateau…we stopped the car and walked up and could see there was building work being done, but got the impression it was for a new building, not an old one, so as we turned a corner and came across this ancient doorway it came as a massive surprise. I don’t know if it was going to be part of the new build, or knocked down, but I knew I wanted to photograph it as much as I could from all angles. As I knew I wasn’t going to get the chance again. This one here was the one I found most inspirational, even though the builders metal gate was next to it blocking off the courtyard beyond and there were small trees growing out of the top of it. It had been part of the stone archway into the chateau, and had certainly lived a life, with the battered stone, but the stones had been cut beautifully to be fitted together with mortar, and I loved the way the muted afternoon sunshine caught the golden tones in the stone, lighting them up and showing a deep glow. I loved that glow!! We weren’t there more than half an hour exploring the area, but at least I had my photos for the painting I was going to do.

I remembered this week when in this current lock-down and stuck at home that I had a whole list of paintings I wanted to do in watercolour and now was the perfect time to do this one! I printed off two the original photo in black and white as I wanted the tonal reference as my source as well as the image. And I also printed off another of the black and white photo and filled out the important colours in crayon, as I knew if I didn’t make those important memos to myself I wouldn’t underline the rich golden colour in the shadows of the stones, or the fact I wanted the door itself to be a faded turquoise, or the shadows a rich purple tone. I also wanted the foliage to the right of the picture to be  bright lime green with a duller darker green behind for a bit of hint of distance. 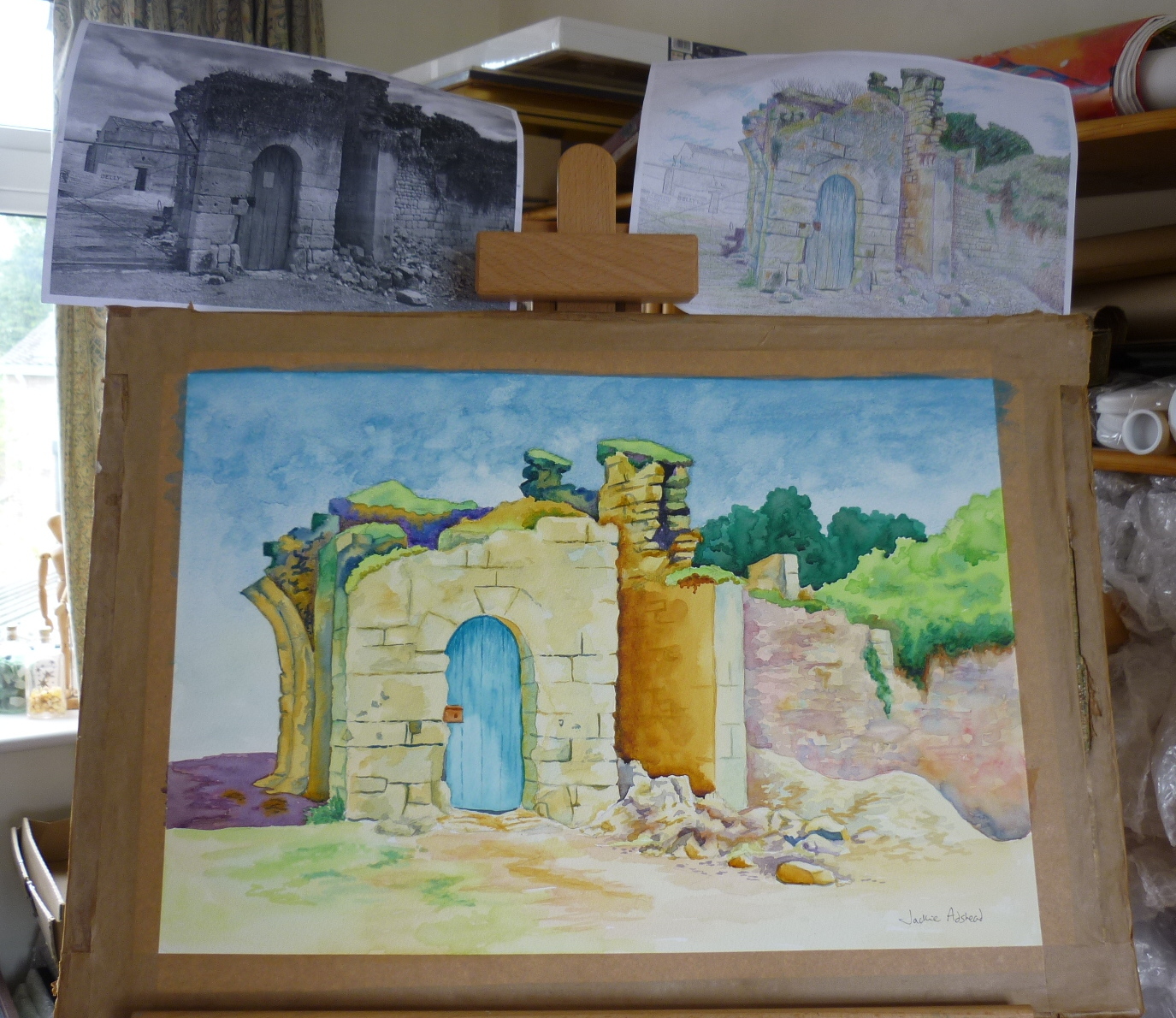 I drew out the picture on watercolour paper, knowing as I did it that I would lose some of the shadow to the left of the painting as it detracted from the broken archway. I didn’t want anything in the background to the left of the arch, because it would have led the eye away from the important doorway. The fact that its a magical doorway meant that it should have an air of mystery. A lot of air (or mist) created that! I also widened the stone building and exaggerated the side wall with the golden tones in it, and also made the stone wall to the right of the picture less important by making it more subtle and muted and made it more pinky-blue in colour to keep the eye  on the focal points – I loved the way the stones were well formed in the wall in the photo but knew if I painted every line of every piece of mortar in it, you’d be looking at those lines instead of the focal point of the door. I also wanted to paint some of the broken stones lying around and hint at the pile of stones and pebbles lying there. Man had cut and formed those stones to be cemented together, and in aeons of  time they had fallen down through wars, or weather, or neglect, and had fallen into disrepair. But the fact it had hidden colours still illuminated and wanting to shine out, would hint at anyone who chanced upon it, that there was magic within..that is what I painted with the faded turquoise of the old wooden door, and the golden tones of the stones, and the vibrant hints of purple among the hidden shadow stones. I think I have captured all of that! I adore this picture, the hint of the gaps in the mortar, the faded paint on the door, the deep shadows in the doorway, the zig-zag of gold within the path to the door, the dip in the stones on the floor to the door showing that many feet have travelled this way before..the fact that you WANT to go and reach for the door and push your way inside to see what marvels and magic lie beyond…that is what I have painted.. and why I call it “Gateway to the land of magic”..

And I think it does my dream wish justice! 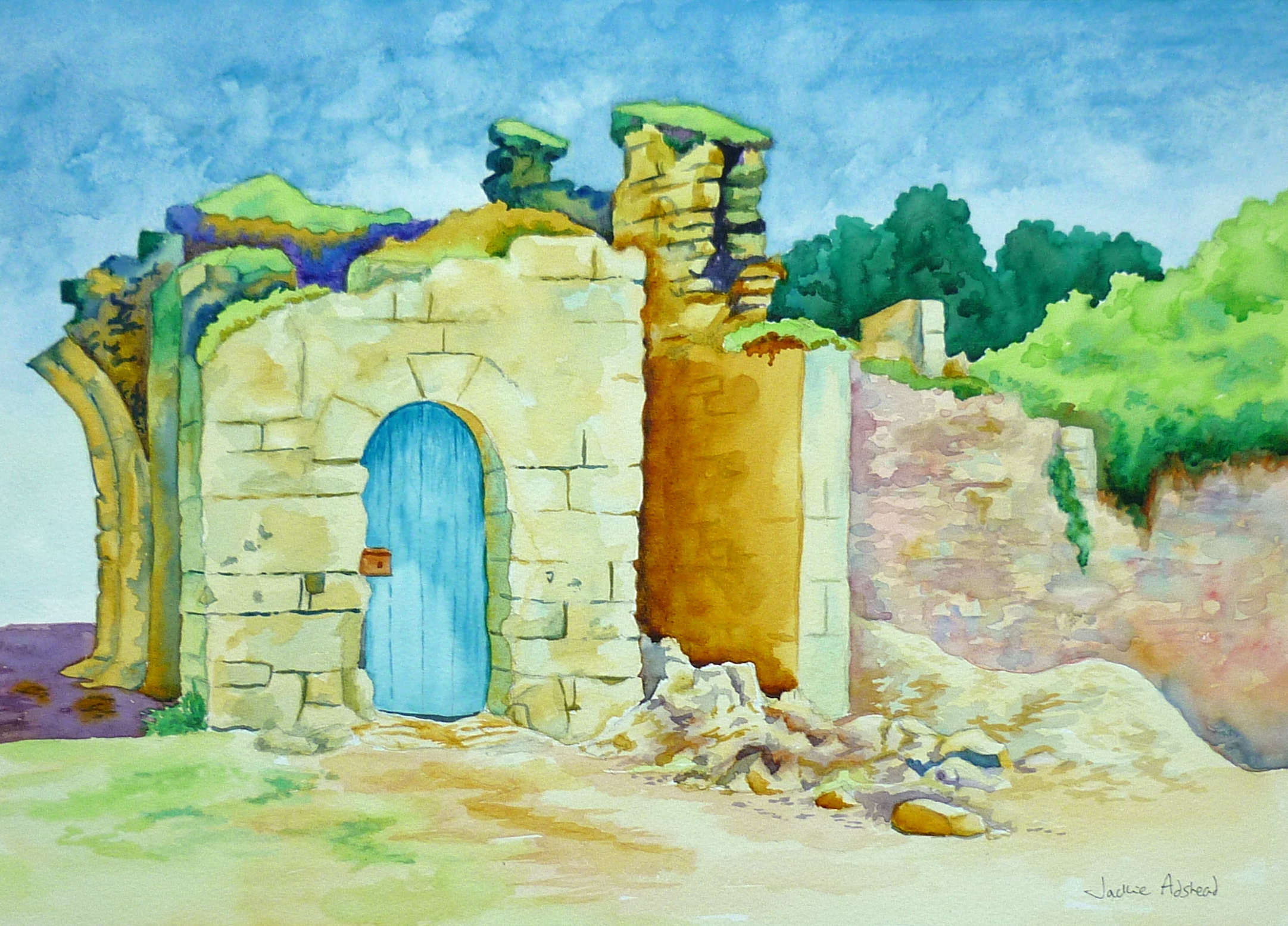 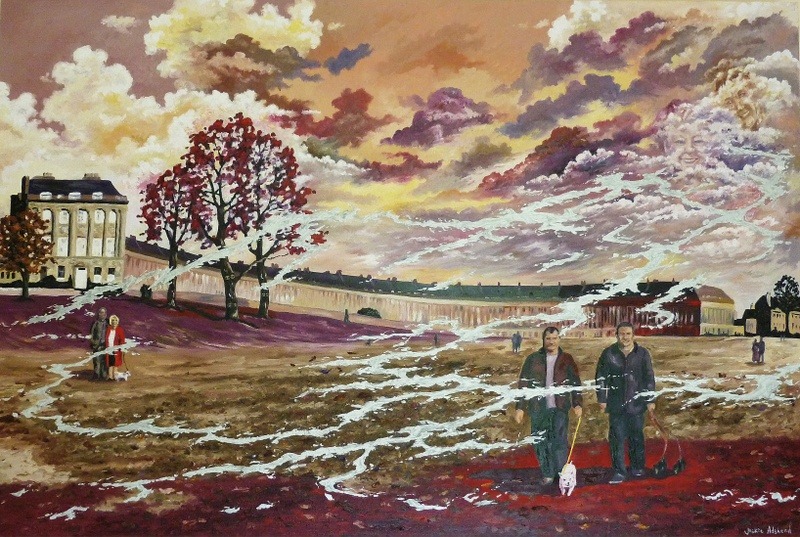 Living my life looking for that Magic 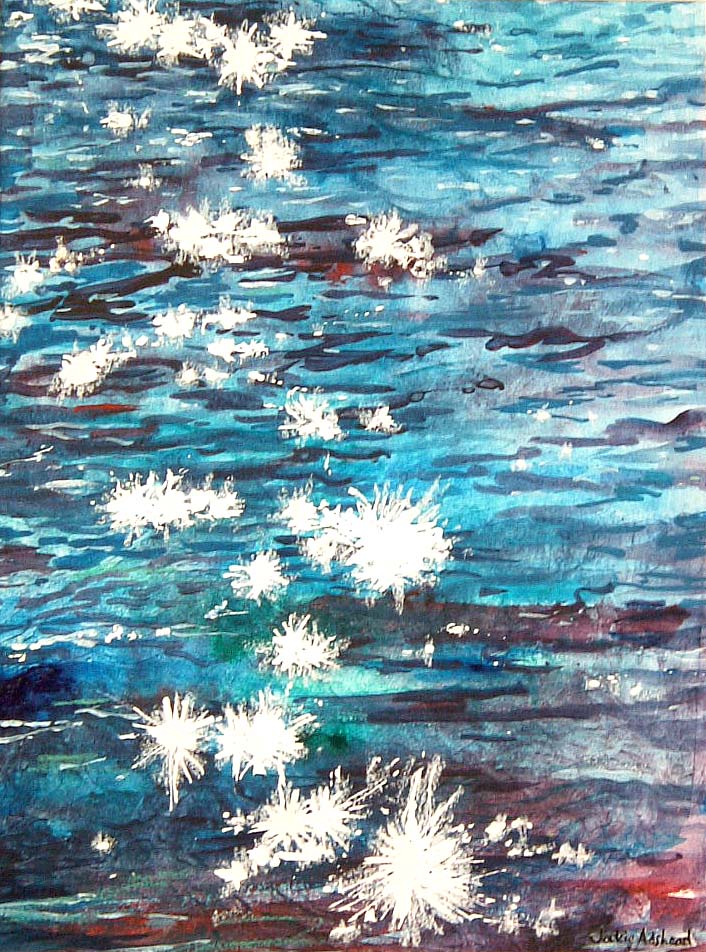 Immerse yourself in my favourite colour

Talking to the magic writers

Maybe I passed some magic on somewhere