Bobbing to the surface again 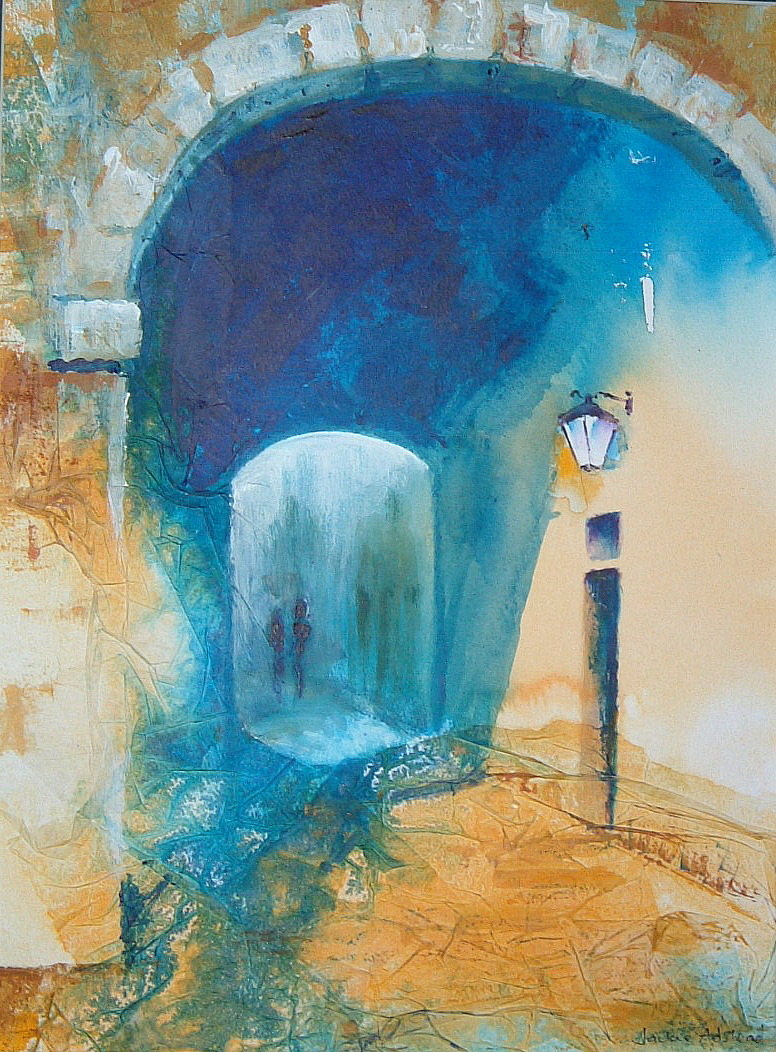 Bobbing to the surface again

I’ve sold a lot of artwork over the years, to various people all over the UK and some to other countries including Europe, and America. All my paintings have had a lot of hard work put into them, all of them are part of me. Some are instantly memorable, some I have to think about a bit more deeply as to their story…

I was minding my own business on Facebook last week when I had a message come through on my Artists page from a woman who wanted to sell on a painting of mine that she owned and wanted to know what price she should ask for it. She had helpfully sent me a photo of it taken on her phone to remind me which it was. I knew it, instantly. I remembered doing it on board stuck with scrunched up tissue paper with pva glue to give it texture, I remembered that it was in Venice done from a photo I took, and that I had started it at a workshop and finished it off at home afterwards. I remembered I only wanted to use blues and yellows other than a few small parts in white and black, and I loved the sense of mystery I had tried to capture with the two people having a conversation beyond the archway.  I had obviously sold it, but the womans name wasn’t familiar, but that wasn’t surprising, as sometimes people buy from an exhibition, and I never know the buyers name, and sometimes people buy artwork for other people as gifts and she might have been the recipient, but not necessarily the buyer.

I started to look for it in the usual places on my computer and it didn’t come up, and I wondered why I hadn’t got a photographic copy of it, as I always take photos of my artwork. But they were listed in alphabetical order and I couldn’t exactly remember the title (so many pictures, so many titles, and some are more obvious than others..!)

I messaged her and asked her to look on the back of the frame it was in to tell me the name of it so that I could find it in my records easier, whilst I was going through my written records to find a  clue to its name.. and I found it about a minute before she helpfully sent me the picture I needed.

And then I knew instantly what it was called …”Quiet corner” (obviously!) and who I had sold it to. I remembered the guy who had bought it from me in 2007 when he lived in Repton in Derbyshire, and knew that he left the area  a couple of years after that. Since this womans surname wasn’t the same as his, I asked if she was his daughter, and she said no she wasn’t, and I gathered that her father had bought the picture from the guy I sold it to. I knew by then that she wanted to sell the picture which was why she wanted a price for it. I asked her where she was planning to sell it and she old me. And then she said that she wanted to raise money for charity, and I gathered that it was on behalf of the illness that had killed her father. I was sorry to hear that, and I wished her good luck with selling it and she thanked me.

It was really lovely to see the picture again, it was lovely to be reminded of it, because my paintings are old friends, they are my offspring, they are part of me…and I love the fact that they go off into the world to make other people happy, and I also love the fact that sometimes they bounce back in memory through their travels! I hope this picture goes on to make someone else happy. That’s why I paint them! 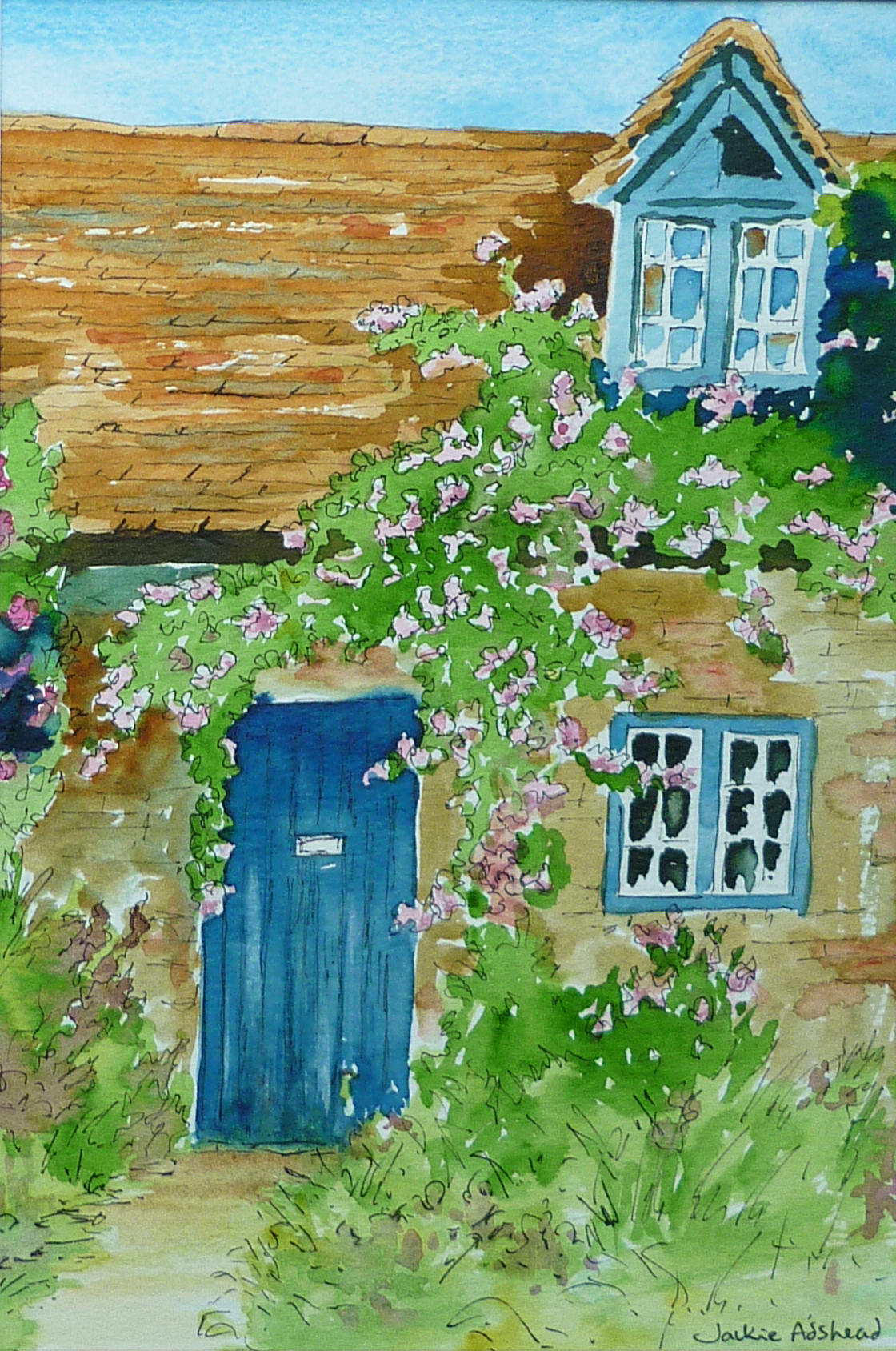 The birth of living art 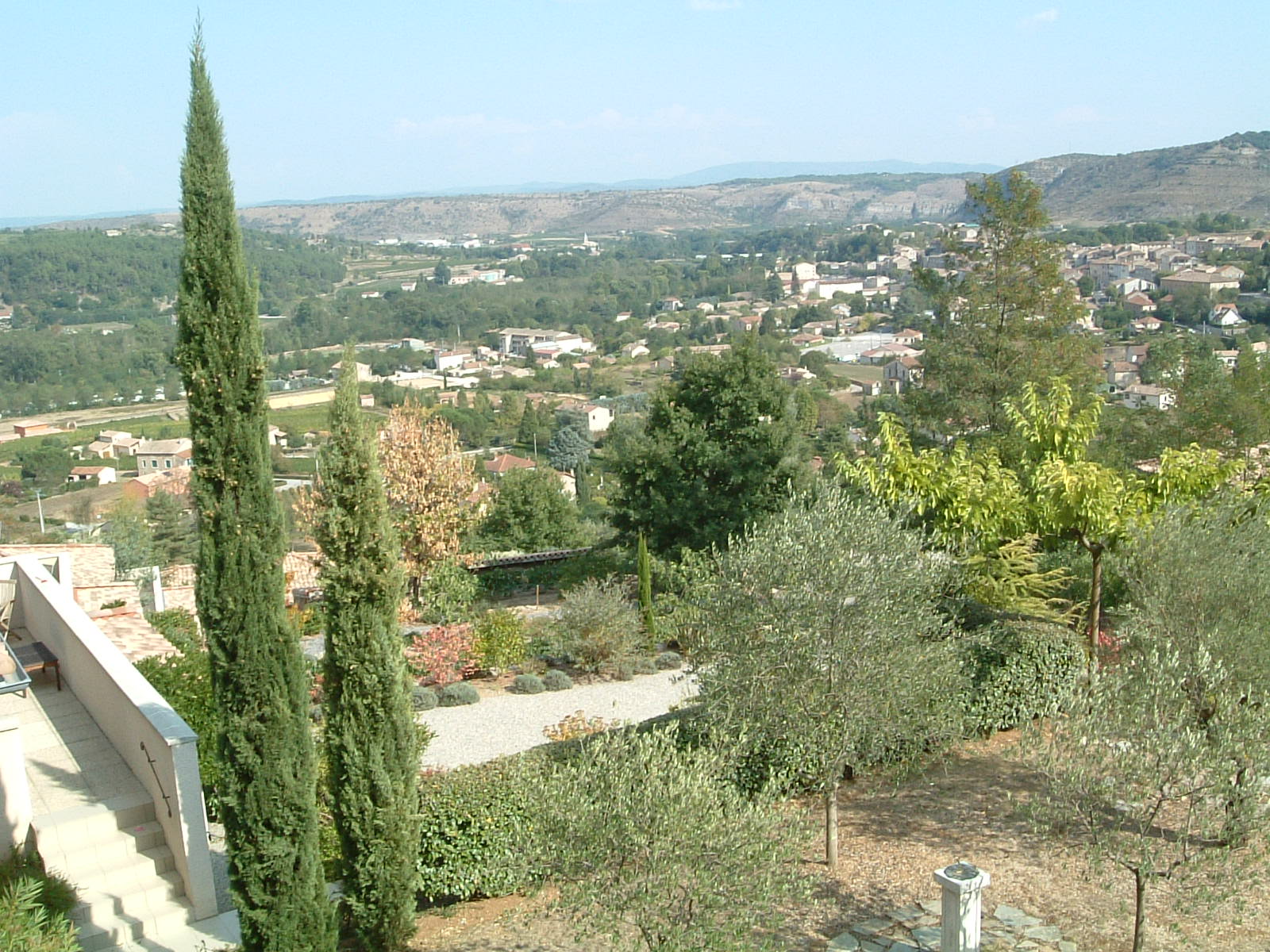 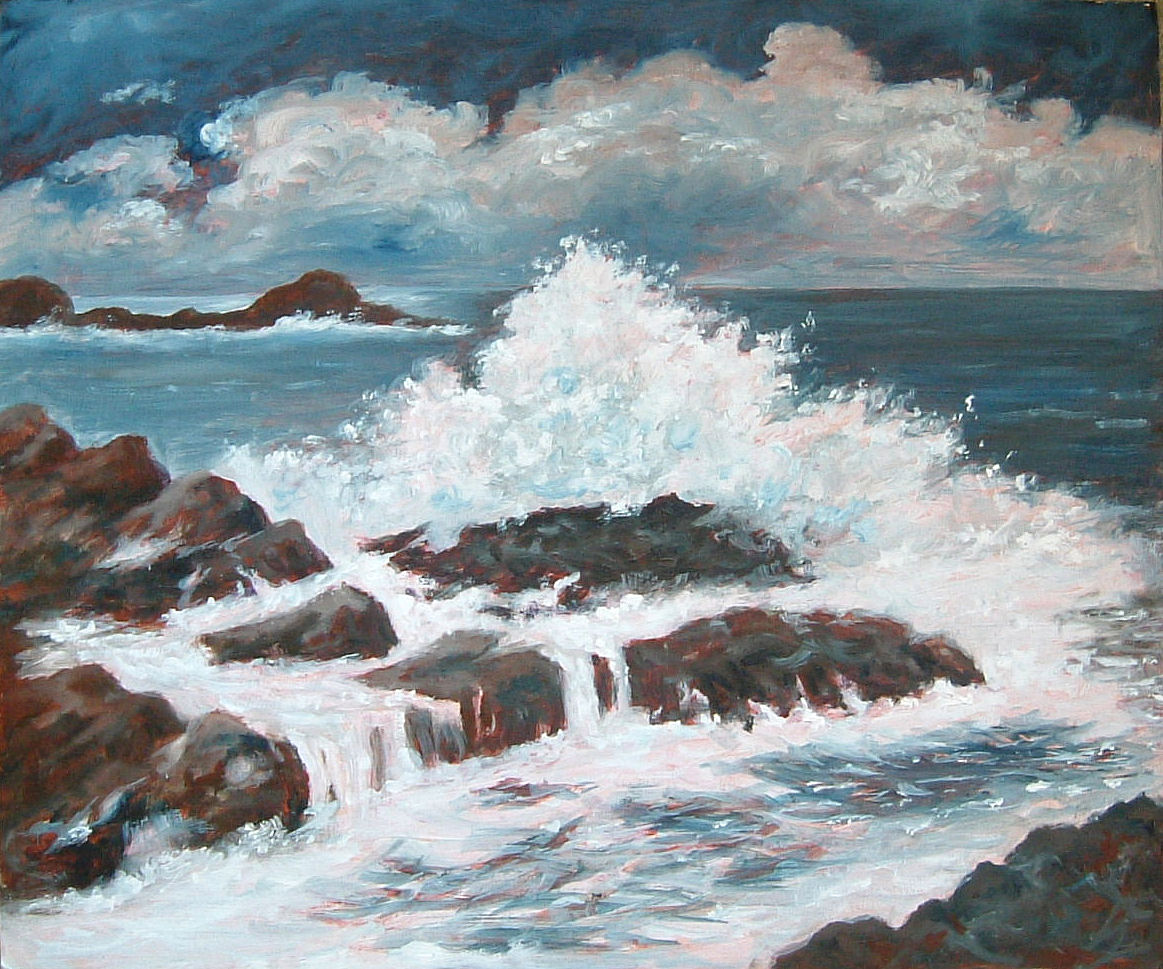 Breaking out of the circle 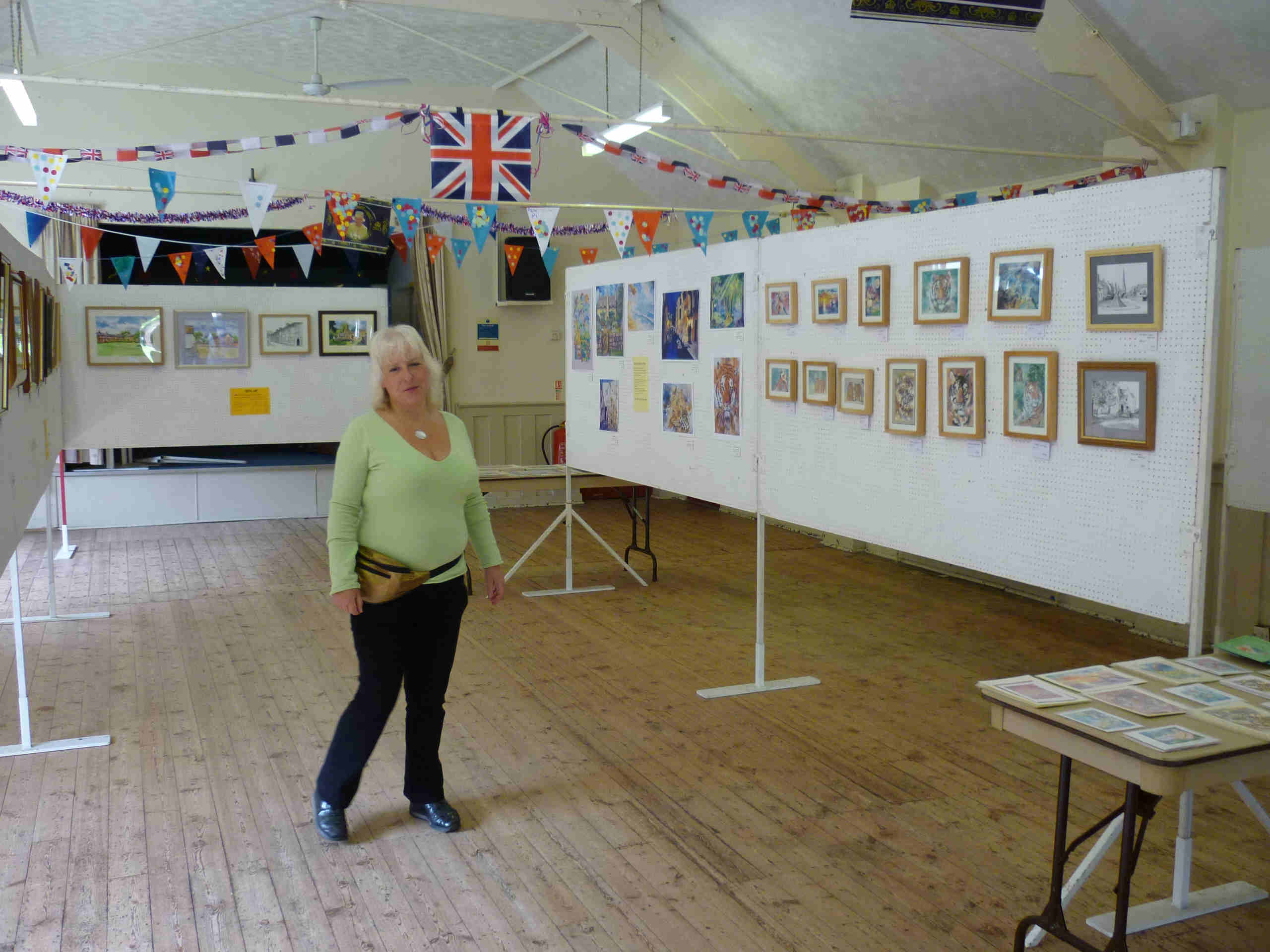