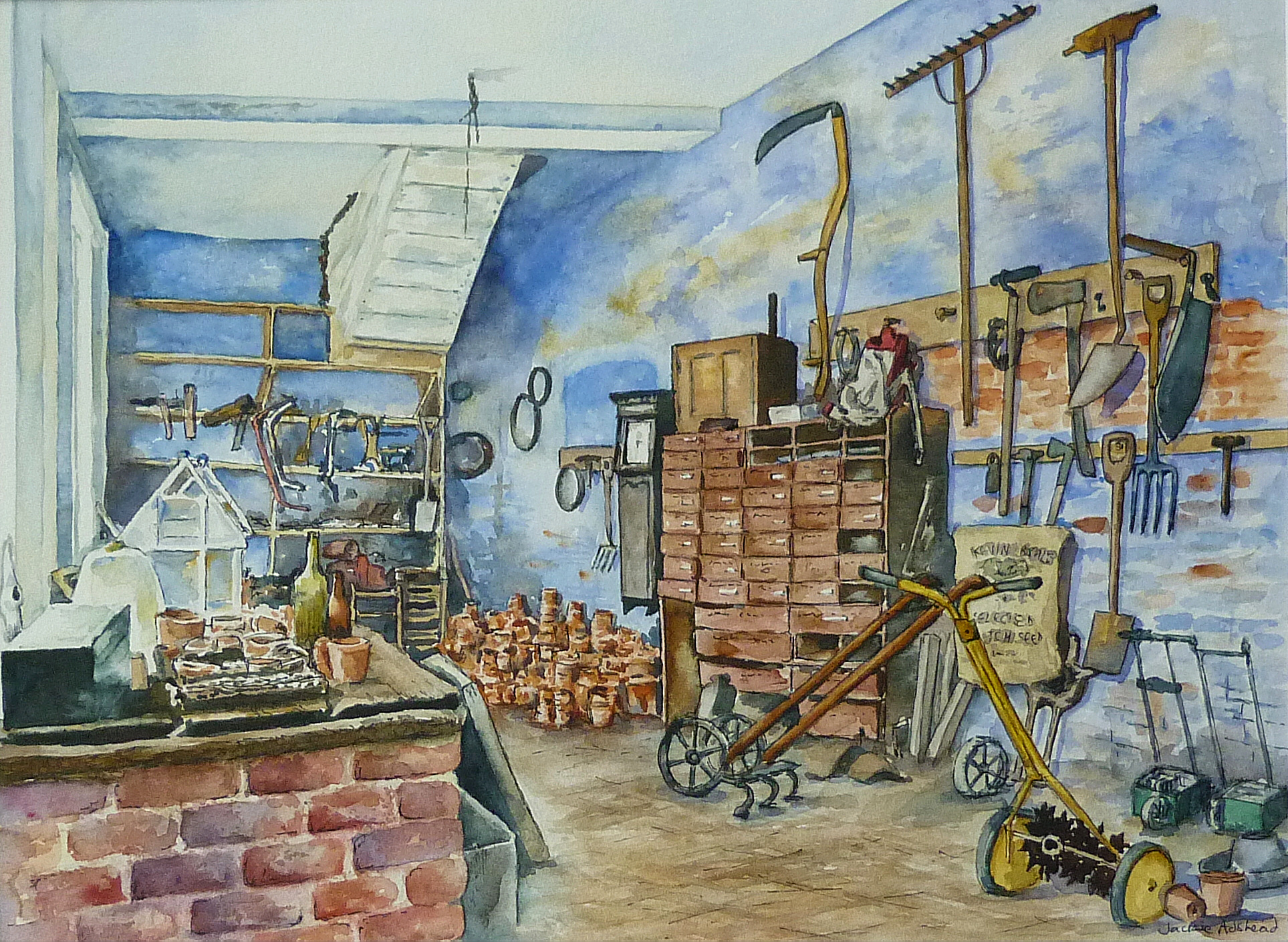 Over the years that I’ve known Derbyshire writer Stuart Haywood he has commissioned me to do some very diverse pieces of art for him, and one of my favourites was the old bothy at Calke Abbey in South Derbyshire that was very challenging to do as it involved using two photos I took on a visit there with Stuart and melding them together for the painting, and moving around some of the gardening tools that are hanging on the walls to give more emphasis for them as they were important to Stuart in the years that he worked there as a volunteer.

I know Stuart loves all of the artwork I’ve done for him, and I’ve also really enjoyed our working relationship as much as he has. He always keeps me updated with various things he’s involved in, and I know we both share a love of gardens.

He told me at the end of last year that he wanted to give the Bothy painting to his friend who is head gardener at a 200 acre garden as he had a big connection to Calke Abbey and Stuart felt that the painting would be happily accepted by his friend. I told him I was happy that it was going to such a good home to someone who it meant something to as well.

When the time came for Stuart to give him the watercolour he told me he was over the moon and thinks its wonderful and it will sit proudly on the wall of his 18th century cottage.

It was a little after that, that Stuart told me in an email that he is going to visit the head gardener friend later on this year and told me that the neighbour is Lady Edwina Gosvenor, the daughter of the Duke of Westminster who is one of the richest men in the U.K. Then he informed me “Your painting has moved up in social status”.

It was the next email when he told me that he had had an email from his friend who is the head gardener who is more than delighted with the watercolour and he has sited it in his office where it will be seen by hundreds of people annually. “Without  giving you delusions of grandeur”, he said, “I wish to point out that the Gardens are owned by the very rich banking family of Rothschild. Therefore your watercolour is hanging on one of their walls.” I hadn’t appreciated that when he told me about him passing the painting on, but I know now!! Thanks Stuart for letting me know and keeping me updated!