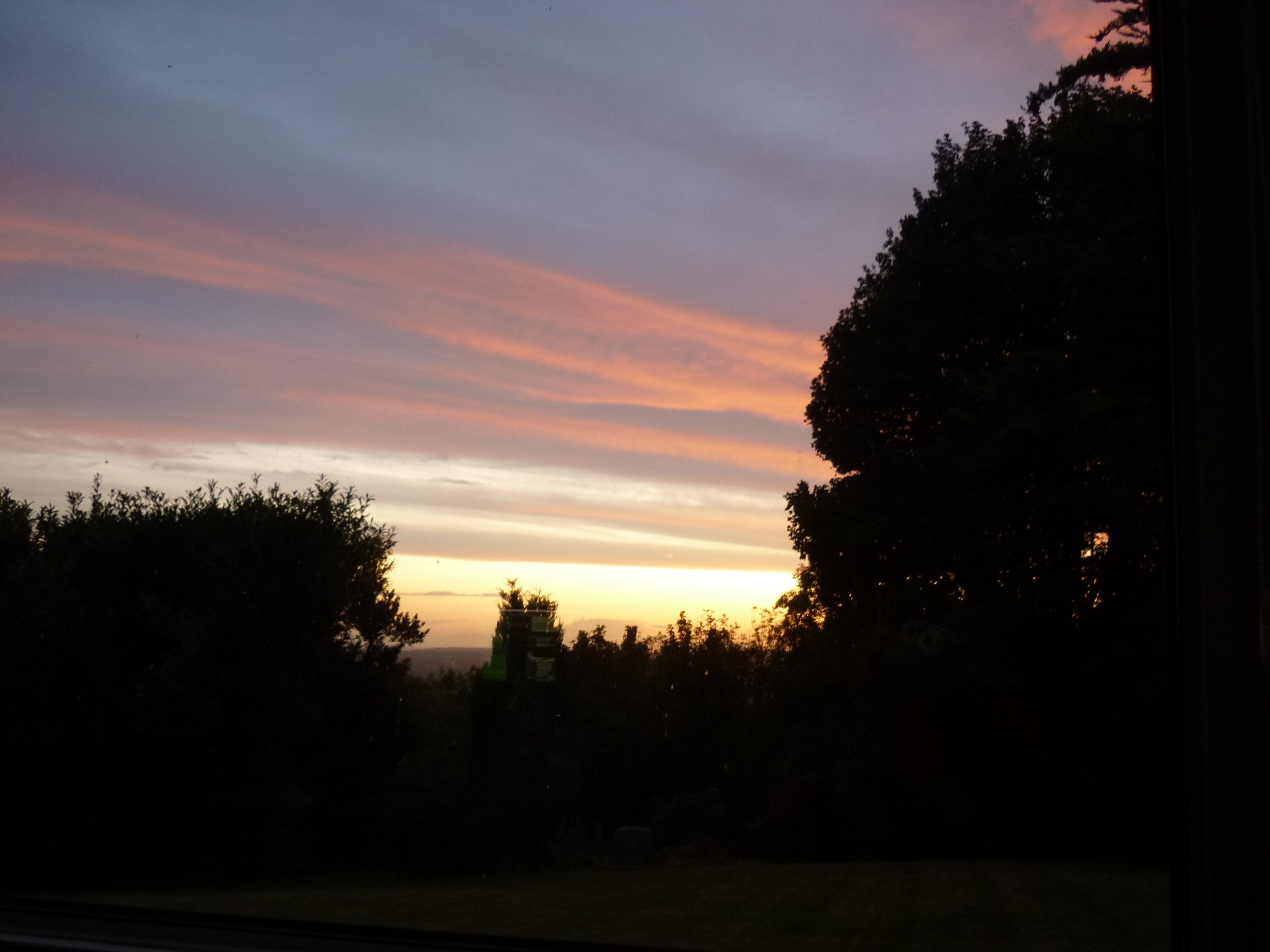 Finding delight in the smallest of details

I was chatting to a friend of mine over the weekend who had just come back from a Caribbean cruise and I asked her how she’d enjoyed her holiday and she replied that she had enjoyed it immensely and loves that area of the world for her holidays. She went to to ask me how I was liking living in Kent and she loved how I was waxing lyrical about the sunsets from this area and she said they were indeed far better than any she had ever seen when in the West Indies. She then asked me with a serious face if I had really looked at the sunsets and I laughed and said I had! I had taken loads of photos of them, as they changed so much just in a few minutes. Such intensity of colours. She nodded in agreement.

I  then thanked her for sending me photos of the sunsets over Whitstable before I moved to this area as the colours were stunning!! She nodded and said we’ll have to go out together and paint them and I agreed, and added “But not before Christmas, in the new year, I’ll have more time then!” She nodded again in and then said “Do you ever look at autumn leaves, at the colours in them? I look at them and go ‘Wow’ and people ask what I’m looking at and I say ‘That leaf, the colours!’ and they say ‘But its only a leaf!’ and I say, ‘Its not just a leaf, its colours!” and I smiled as she said that and said I would be doing exactly the same, I can’t resist looking at trees and sunlight on dappled leaves. She asked me how she should capture the colours and I said, “Really look at them and capture that colour in the best way possible in crayon, or pastel, something you don’t need to mix with water, just use instantly!” And then I said that I seem to see colours that other people don’t, as I had had so many conversations over the years with people who had told that that! She asked if it was possible to teach yourself that, and I said “Yes, with practice, every week, or every day ideally, just look, and draw, and draw anything, that will help to train your brain!”. As we parted with a smile she said “Sorry for talking about so much art!” and I replied with a big smile “You can talk to me about art, anytime, I never get bored of it!”