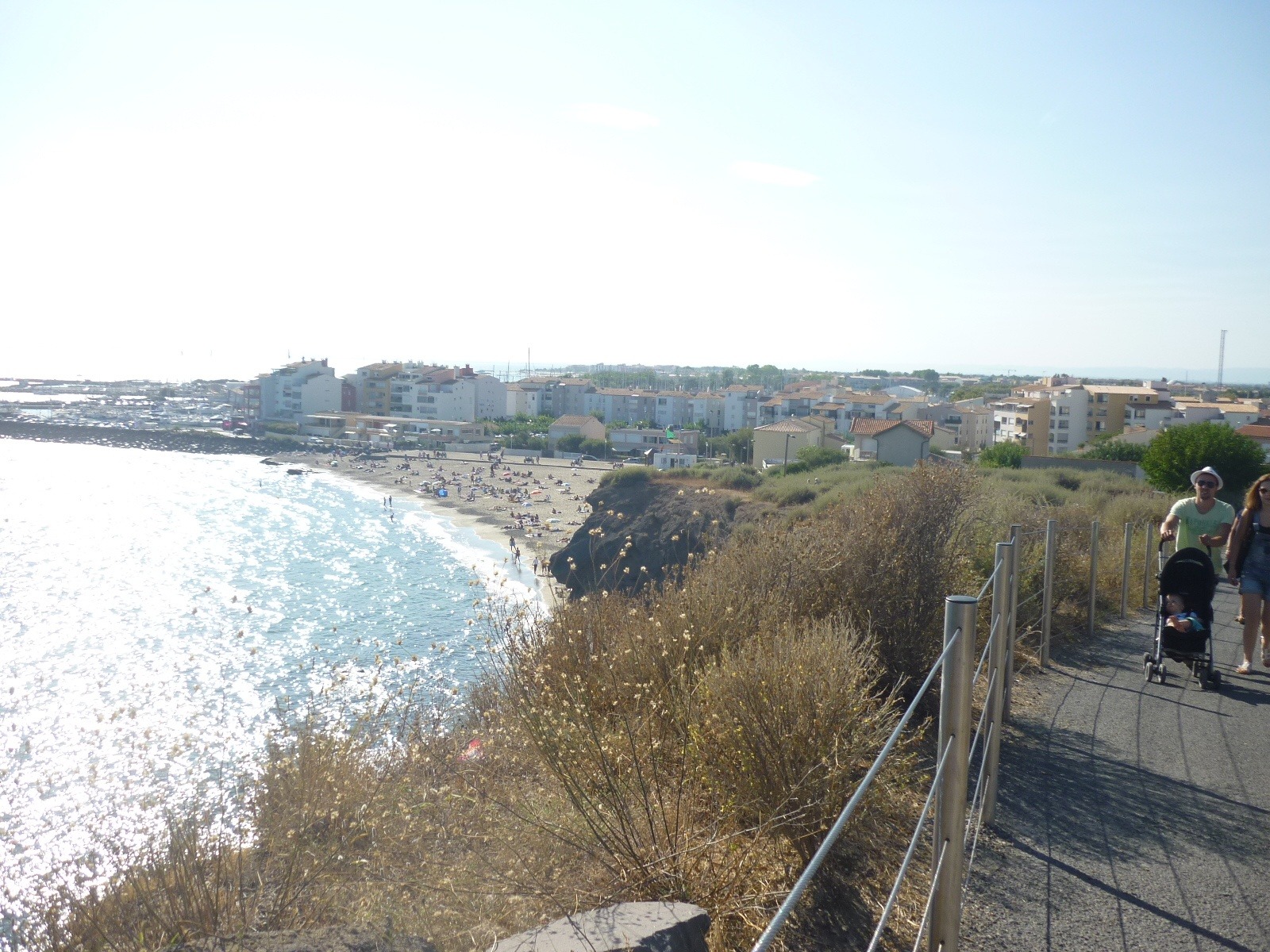 Its very rare for me to want to go to exactly the same place twice on holiday, not when there is so much of the world I haven’t seen, I’ve been to thirty two countries so far and still have more on my wish list. However, the holiday my man and I had in June in France was soooo good we thought we’d do it all again in early September…

He and I love France so it was great to go back  and travel down the length of France again. We went on the ferry again from Newhaven to Dieppe, staying overnight in Newhaven (not an exciting town!) but its only a four hour crossing and gives us time to have a meal and relax abit before driving down to the south of France – its about a 11 hour journey but we did it in two days to break the journey up staying overnight in Clermont Ferrand in the centre of France. There are a lot of hotels there as its in the centre of France and a lot of companies have their head offices there for ease of transport. And just as a matter of interest its in the A

uvergne area of France which is full of extinct volcanos so the hills are quite dramatic. We easily found a hotel about five minutes from the motorway.

The following morning we set off again on the four hours or so to Cap d’Agde and stayed in the same accommodation as last time overlooking the Mediterranean sea. We had a pleasant afternoon and evening there and meal in the harbour area as the golden sun set. The following day we met up with some friends of ours there and started on a bottle of rose wine which soon turned into another, and another, and later on went out to our favourite bar in that area – Melrose – as there is no where like it, its buzzing with brilliant loud club music, is full of fabulous people to watch and the girls dance on the bars! Its like the Coyote Ugly bar but far better!!   We were happy to be back at our favourite place!

We were there in that area for nine nights and met up with some good friends of ours from London who love the area as much as we do. And of course when you’re on holiday you make new friends as well, the sun and sea, and sand, and party atmosphere always a good ambience. And of cours

e we went to Melrose every night too!

When we left the area we headed north back via Clermont Ferrand again and then on to Honfleur on the northern coast the following day, its on the estuary of the Seine and is somewhere I’ve wanted to see for more than 30 years since a lot of artists have painted it due to its picturesque medieval houses and cobble streets leading down to the small harbour full of small boats and yachts. It was as beautiful as I had expected and full of delightful little artisan shops selling all manner of things like chocolates, biscuits, shoes, pretty china, and had loads of excellent art galleries and artists workshops, and restaurants and bistros. The only bad weather we saw whilst we were in France was the morning we were in Honfleur but even in the rain it was incredibly picturesque. I loved

going to the artists ateliers and seeing their work, and took the names of the ones who’s work was the most inspiring – one of them brought me to creative tears it was so beautiful!

We left lunchtime on the last full day to head to Dieppe (about 120 miles away) for the ferry the next day and expected a quiet afternoon there but came across the most surreal sight I have ever seen – Dieppe is a port and has a large grassy area just behind the pebbly beach and before all the hotels. The WHOLE of that area was FULL of all manner of kites, as they had an international “Festival of Wind” on and I have never seen so many different and diverse kinds of kites as there was there – thousands of them, all brightly coloured, from flying unicor

ns, to sail kites, stunt kites, small musical ones, and large spiral ones. It was all free and hundreds of people were there and I took loads of photos as I’ve never seen anything like it!

We had a lovely meal in our hotel overlooking the beach on our last evening and got to the ferry in plenty of time. There was a delay in it sailing though as one of the crew members had forgotten to fold down one of the vehicle railings on the ramp, so when the door was closed it mangled the railing, and the passengers all watched with interest whilst they worked out the best thing they could do to remove it – an angle grinder to cut it, and a sledge hammer to knock flat the offending lump of metal, and after an hour and half delay we set sail! I was happy to wait as long as it took to fix the door problem and the ferry was watertight. The ferry crossing was comfortable but terrific winds when we went on deck – it was good to see England again and we had a night in a hotel in Newhaven before driving home again the next day, about five hours.

t afternoon – a total of 1727 miles driven this time, quite a bit less than last time but we took a more direct route.

It was an excellent holiday, surreal in parts again, and I was reminded again about how much I love France, and the French people who are always friendly and helpful and pleasant. So I’ve double helpings of being in that wonderful country again. And I hope not too long before the next visit.