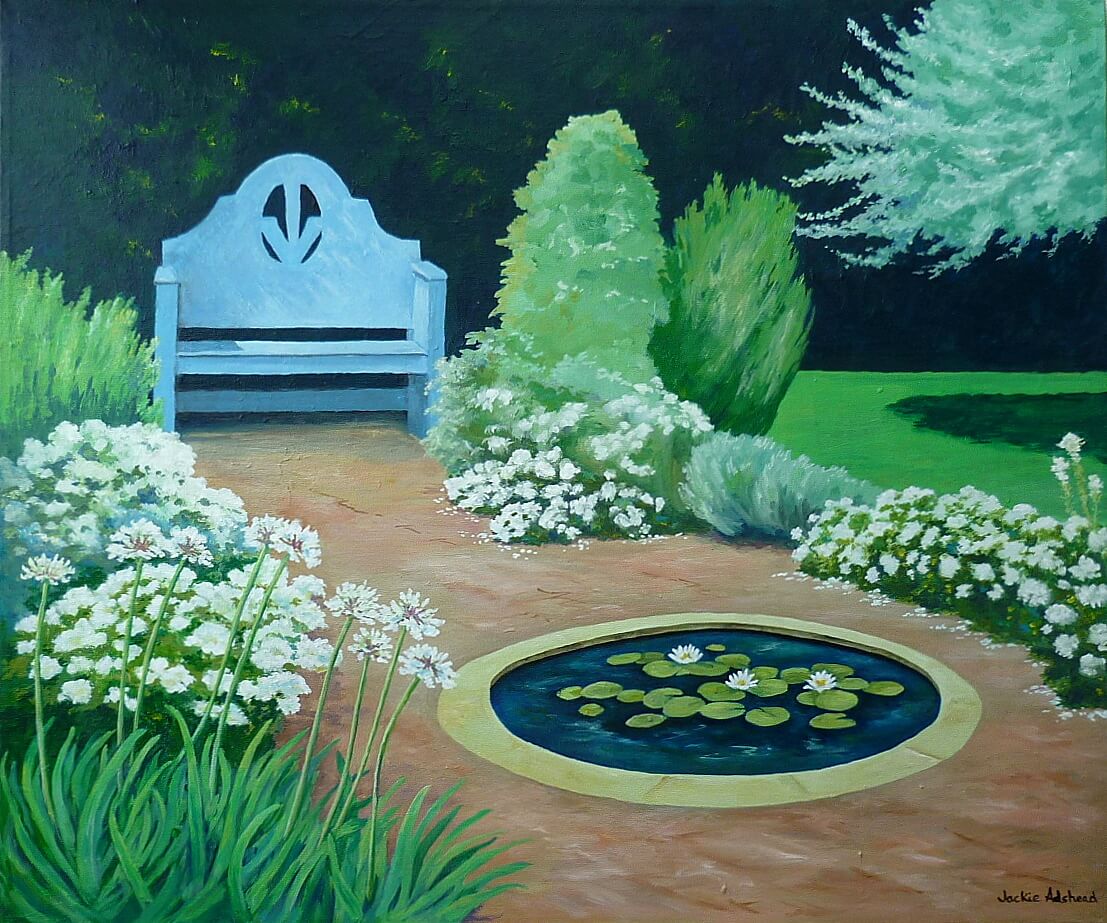 The end of a challenging year

This year has been a rollercoaster of year for me in lots of different directions..

As far as my artwork has been concerned I was DELIGHTED to create the “Happy Garden” theme of paintings over the spring and felt that I had found the happy balance of artwork that would motivate me and challenge me to paint water which I adore doing as its so difficult, and in a semi formal garden setting which would cause the feeling of serenity and tranquillity for viewers. I felt that a lot of people of all ages, backgrounds, interests, and living spaces, would like those picture since I had such a brilliantly positive response to them from everyone who saw them except for the one gallery who I had hoped would take them (judging by their selling space and the artists they represent!!) but for some reason known only to them, they declined them over an exasperating twelve week delay. But there will be some venue that will be the right one to showcase the artwork on, when I find it. I know with art that its finding the right connection of artist-artwork-adoring public that when it works is brilliant.

Other than that I have done oddments of artwork and bits of framing, and teaching through the year so I am still being creative and arty as

But as the year drew on my time was taken away from artwork, since my fellas frail 96 year old father was getting increasingly more frail and who died in the middle of November meaning that I was needed to help on a full time basis for a while in dealing with the effects, helping with the funeral arrangements, and deciding what needed to be done with everything that was part of someone else’s life,  that that understandably was going to take up a lot of time.

And just as I was getting ready for Christmas  and things were getting less busy, my beloved cat of 13 years Remus had to be put to sleep tragically leaving a massive whole in my life and turning my life upside down for a while whilst I came to terms with it. Everyone who met that cat loved his easy going ways and friendly temperament.

So this year ends with some good artwork done, but not sold, some ideas for next year when I have time to sit down and do the artwork. And I have also revisited old artwork through the buyer of “Roses are red” asking me for a valuation of the watercolour I sold some years ago for the new owner of it, and also a brief bit of work the owner of “Gathering Force” wanted me to do on it.

Next year, when things quieten down I will do a painting of Remus and try and capture the character of that lovely cat, and of course paint more of the “Happy Garden” paintings.. and I also promised my fella some time ago that I would paint a picture of one of his favourite songs by David Bowie, a song so full of imagery in its words that it will make an enigmatic painting, and one which I am very much looking forward to doing for him!

So I wish everyone a happy 2018, and hope that this last year for you has been far less challenging than the one that I have experienced.