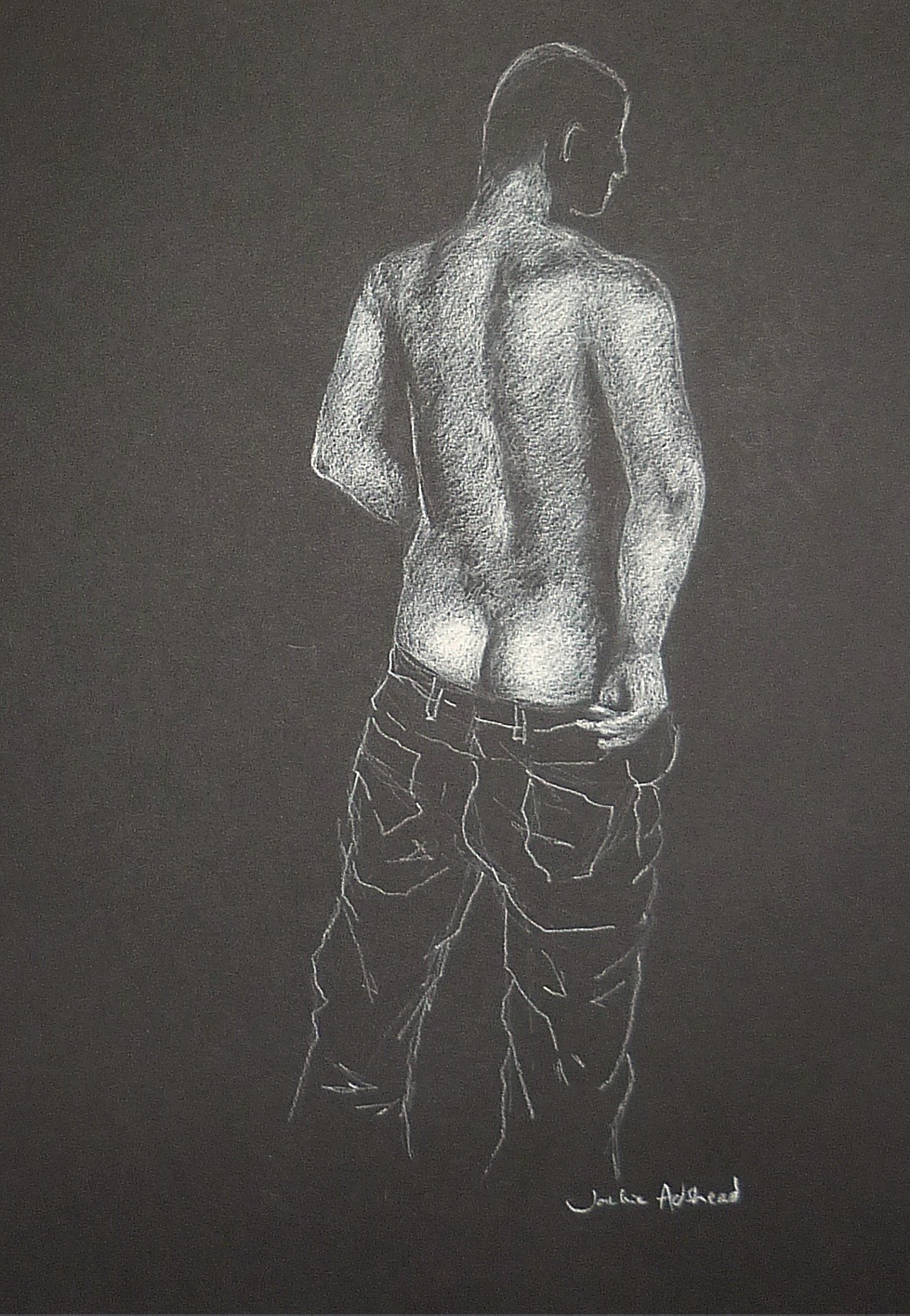 So what I am to surmise from that then?

My fella and I were sitting watching a film last night over a glass of wine and the house phone rang.

I picked it up and answered it and a man’s voice asked if I was Jackie?

Yes I replied, and he went on to say that he was interested in modelling for me for when I do one of my art classes.

I replied to him that the only way that I would be drawing him would be if he was paying me.

He said he didn’t have a lot of money but could afford £150.

I asked if he had any ideas of poses he might want.

He said that he would leave it to me to decide.

Ok I said, and asked him to email me so photos of him so that I could see what he looked like.

He seemed surprised at that and asked why, and I said it was so that I could see what his body shape looked like.

He said that he could come over to my studio in Leicestershire.

Ok, I said, and asked where he lived.

Sussex? It’ll take you two or three hours to get to me.

Yes, he said, he didn’t mind, it was his choice to do that journey. And he wanted to be drawn in a group by others, to which I replied that there wouldn’t be a group, only me and that part of the money he would be paying me would be for a chaperone.

Chaperone? He repeated in surprise.

He said in that case  there’s no point in us going any further with this conversation and I won’t bother.

Ok I said as he put the phone down.

So now I am intrigued, as to what exactly did he think was going to happen?