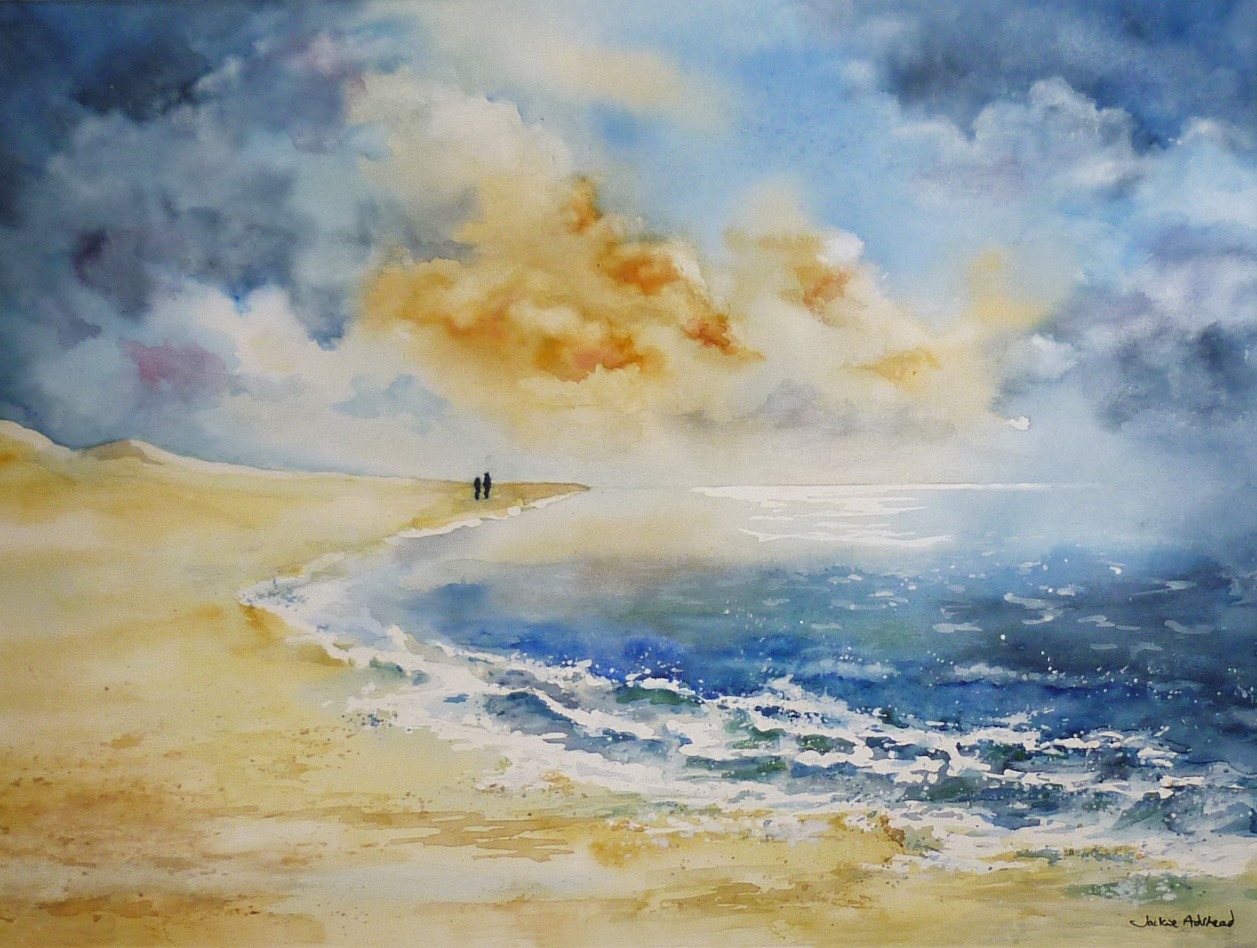 Whilst I was at a social gathering at the weekend I left the room to go to the loo and when I got back my fella called me over to talk to a woman I knew a little to say hi to.

There had obviously been a conversation that I hadn’t been aware of whilst I had been out of the room.

She wanted me to paint a picture for her and her man. Ok… how do you know I’m an artist then, I wondered, as I started to ask her what the concept was for the painting and listened as she excitedly waxed lyrical about her idea for her and her man to be naked with their legs and arms entwined, but nothing on show, so that they could hang the picture on their lounge wall.

As the conversation continued it turned out that it wasn’t the whole picture…. she wanted me to also paint a beach around them…… and the sea gently rolling in and gently frothing in behind them…….. and the sky above…. Ok, yes I can do that I said.

And she wanted the whole picture to be black and white.

Yes, I can do that as well I agreed, as we discussed the layout and sizes, and medium to be used.

And just as a matter of interest, how do you know that I’m an artist..?

It turned out that another couple that they knew there had told them that I was an artist, because they had had a painting done by me a couple of years ago and because they were so pleased with it, they had recommended me to the other couple.

Oh, that’s most excellent, and filled in the gap of why they were so excited about the idea for their painting!