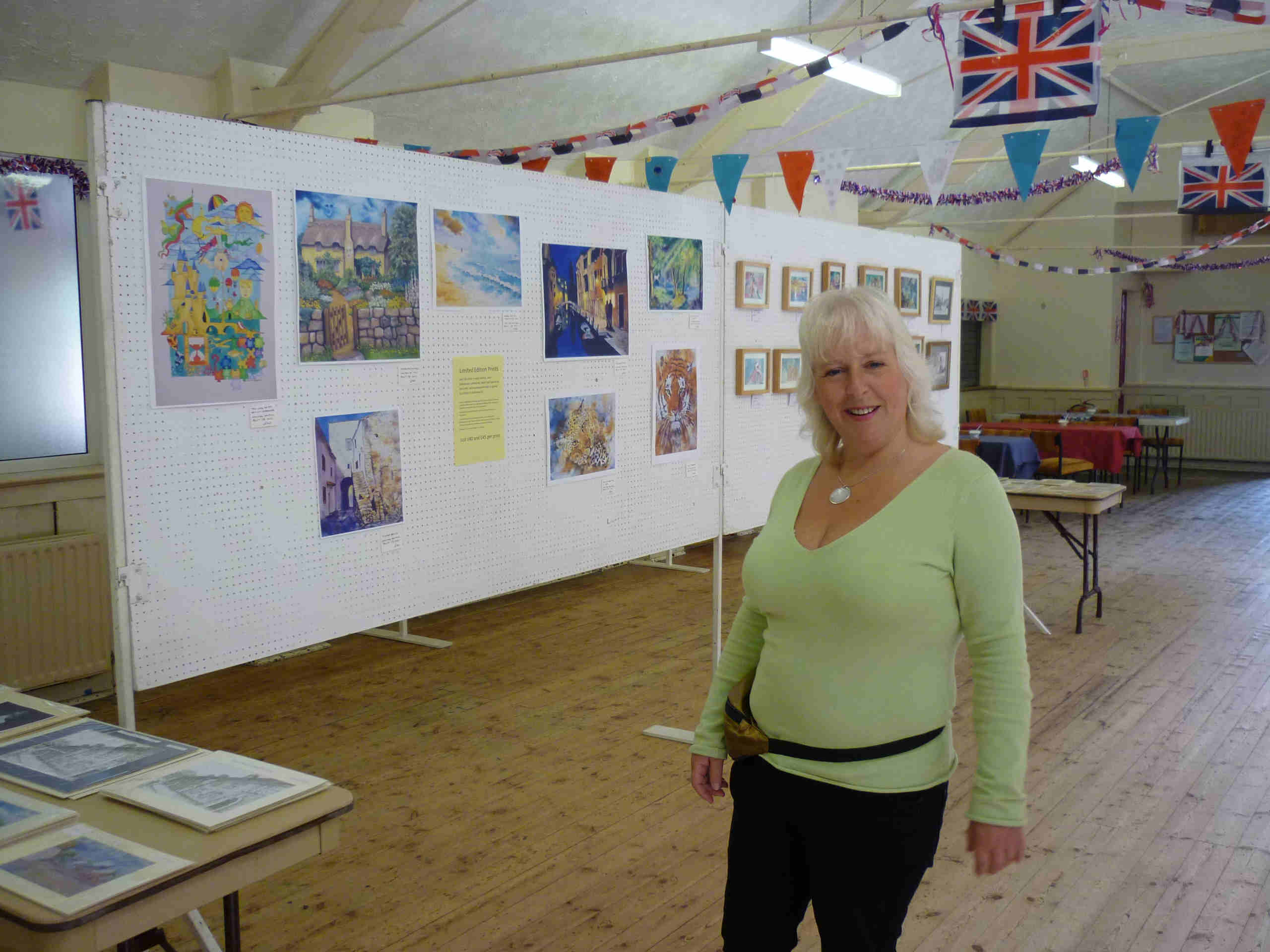 Drawing an end to the year

Well when I look back on this year I can see straight away that its not brought me what I had expected at the start, but conversely, it has brought me a lot more in different and excitingly artyÂ directions.

I spent an awful lot of time at the beginning of the year painting and framing a lot of erotic pictures to put on walls of aÂ hotel in Bedford that I was absolutely one hundred per centÂ sure would sell them for me. To-date, I haven’t sold one, and whilst exhibiting is good advertising, and good promotion, I also need it to be bringing an income in from it too. I know exactly what I need to do regarding that, but will leave it til earlyÂ in the new year to have that particular discussion with the people in question, which can go one of four ways. Although I particularly want it to go very strongly in ONE particular way!

of my friend Stuart and all the important influences on him reaching that particular milestone age.Â And also the one of RogerÂ and Kathy depicting a middle aged couple proud of their bodies and their love of one another and wanting to show it off in aÂ nude oil painting by me. As well asÂ many other varied and diverse subject matters I’ve painted this year , I think they were the ones with the biggest impact on the recipients and proud owners. But the one that I love the best that I’ve done this year was actually of a landscape in pastel

called “Woodland rest” – I can’t say exactly why I love it so, but I do, it has a poignant impact on me for many reasons which is probably why I love looking into its summery depths.

Another place I put an an awful lot of time and effort was in the solo exhibition I was invited to put on at Ravenstone in Leicestershire when that village wasÂ commemerating Â the Queens Diamond Jubilee celebrations. That also was hard work, but I know I did the best I could do for that exhibition showcasing a lot of diverse artwork covering many subjects and that in turn opened other doors for me, including doing a lesser solo exhibition later on in the year in theÂ  same village.

But probably the biggest challenge this year was when I was asked to do the “Ten minute portraits” at the Dame Catherine Harpur School annual art exhibition at the end of August at Ticknall Village hall in South Derbyshire. I’ve been exhibiting there for ten years or more and know how big an art exhibition it is, with over 100 artists exhibiting over 1,000 pieces of artworkÂ  each year, and thousands of people through their doors, and thousands of pounds of sales, and I was the artist who was asked to do these quick portraits. I knew when I accepted the task it was going to be a challenge. I hadn’t expected that all the sitters would be children though, and that other than the giggles (not me, them), the other challenge would be to keep the three year olds in the sitters chair.Â  And just when I thought that it couldn’t get any worse, I was aske

d to do the portrait of a black terrier dog that made the kids look slothful by comparrison as the dog manically swung his head from side to side watching what was exciting him as he sat on his owners knee! I decided after that that if I could do that, I could do anything!!!!!!!!!!!!!!!!!! 🙂

Which then led me on to setting up and startingÂ teaching art classes, which sounds a very simple sentence, but has taken hours and hours of hard work finding the right venue, and people to come along to it. It hasn’t reached its full potential yet, not I must admit, helped by the fact that at least twenty people have told me categorically that they will come along to the class, and then for various reasons, they don’t. But, for those who do come along weekly I have seen the differenceÂ  and improvements in their artwork already. Its all the tiny little things that I do without thinking that make a picture look good, those little tips and skills and ways of explaining things that change a picture from looking amateurish, to looking more professional. Those are the talents I want to pass on, and am enjoying so much in teaching.

But perhaps its theÂ white on black prints that I do that have had the biggest impact this year. Â I taught that technique to my art class and they loved it – realising how difficult it is although how simple it appears. And perhaps that’s the secret of its appeal. Certainly I have sold a flurry of the white and red on black pictures, with one buyer wanting fifteen of them to go on his wall making a huge impact of erotic art on his lounge wall. And another woman wanting one of herself in similar style as a gift for her husband this Christmas which she texted me to tell me onÂ Christmas day morning Â he was over the moonÂ with!

And, for the new year? I always have some people in discussions with me with regard to artwork they want doing, and I know from past experience that sometimes it comes to fruition, and sometimes it doesn’t. Sometimes people have an idea for a painting, but never get around to getting it done, sometimes they need more advice and help in deciding before they can commission me to do it, and I’m always happy to chat with them if I can help.Â  But, I know that a couple of people are ready to talk about their designs, and I just wonder which one will be the first of this new year of 2013. And the subject matter? Well, they’re ALL erotic….!Â  But that doesn’t surprise you, does it! 🙂

So, I’d like to wish everyone reading this a Fab New Year, and hope that 2013 brings you everything you wish for.