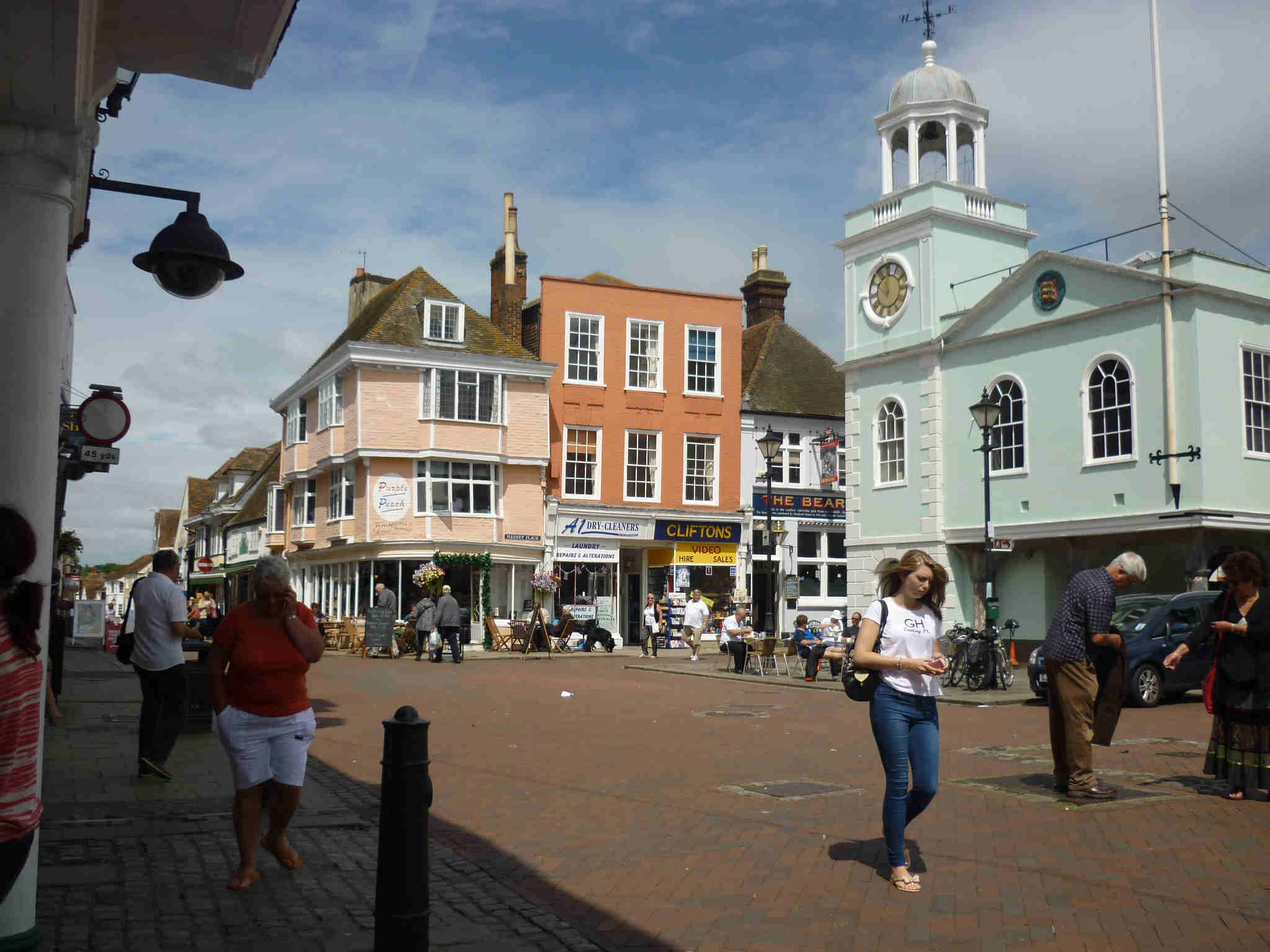 Kent rolling on a wave of wonkiness

With all the excitement of the art classes starting this week I haven’t been able to talk about my recent sojourn in the delightful county of Kent.

Some English counties I know very well – the East Midland ones where I have lived most of my life Â – Derbyshire, Staffordshire, Nottinghamshire and Leicestershire. And Devon and Cornwall where I have holidayed many times and have family connections with. I have lesser knowledge of others I know reasonably well – Cheshire, Lincolnshire, Shropshire, Dorset and Essex, Yorkshire and Lancashire, Hertfordshire and Bedfordshire.Â  But some counties are a complete mystery to me, and Kent was one of those.Â  Kent was just a vagueÂ place that you passed through on the way to the ferry at Dover, heading off excitedly to Calais or Ostende for a EuropeanÂ weekend break or French holiday. I’ve done that many times, but mentally bypassed Kent since it wasn’t the final destination, just a place along the route.

Now it has a character, a personality, a face, a body, a name, and I think has started a love affair for me.

I’ve had love affairs with other places – most notably St Ives in Cornwall, a place that makes me feel incredibly happy, that enhances my life for the knowing, and experience of the place, that fulfils me as an artist who loves to look at beautiful things, and finds great heart soaring delight in being immersed there.Â

And Kent has that, in bucket loads.

I hadn’t expected that.

And I’m sure there are some shitty bits, some areas that are grotesque and ugly, and grotty and bleak to the depths. But I haven’t seen them yet. Not that I was looking for them, though. Why would I ????

The parts of Kent that I found were just names on a map that we headed to, with a vague thought that they might be interesting to spend a bit of time in. But what surprised me, was that the roads leading to them were surrounded with gently rolling hills of verdant fields and strong tall trees, to the left, to the right, straight ahead, and behind. I know its the Garden of England, since Henry VIII ate a bowl of cherries and declared that he wanted whole orchards growing for him to taste that sweet succulent flavour again. I know that, and the hops that its famous for for beer making, but I hadn’t expected it to be hardly unchanged in places since then. It was that that surprised me.

The first picturesque place we visited was Sandwich, in the rain, passing through a pretty village, how pretty I thought, then another, then another, oh this is normal then? I quickly realised. We had a wonder around, and partook of a sandwhich for lunch (well, you gotta, haven’t you! natch -Â  and it was brie, grapes and apple if you’re asking) delighting in the best name for a thoroughfare I’ve ever seen – “No name street” – you can’t beat that one!

The following day we headed to Rochester which again, was just a name on the map, and as we errupted out on the high street I looked around me in absolute delight – it wasn’t just Dickensian in look, it REALLY was Dickens! Where he wrote, lived, based his wonderful stories (I’m a big fan of his work) and numerous buildings were featured in his books, including the black and white timbered one featured her. Wow, how fab is that! I took loads of photos of the wonky red tiled roofs and wonky walls with their wonky windows, and smiled all the way.

The following day we decided to go to Faversham, thinking that an hour would be sufficient for the car park to explore the town on the way through to Canterbury.Â  How wrong can you be. as we ended up staying an all to brief three hours since there was soooooo much to see. More wonky roofs (and I’m beginning to realise that that’s normal for Kent!) the houses so pretty in their bright clear pastel colours radiating out from the main square. Then on to Canterbury and more medieval buildings grown up around the Cathedral heaving with foreign tourists of all nationalities.

Then on the last day, another place that was a name on the map but one that I’ve wanted to visit for many many years – and although not actually in the county of Kent, it wasn’t far out of it in East Sussex – that being Rye. Wow, another delightful town of wonky roofs, aged stone, and the most beautifully break taking street I’ve walked up. it looked like a film set for all things quintessentially English -Â black timberedÂ houses with stark white windows withÂ leaded lights, red tiled roofs punctuated with dormer windows, soft mossy paths and cobbled stoned street of doors draped in rambling roses, all leading down to the bustling town below.

So, Kent. I know it better now, a lot better. But I’m definitely in love with it. And look forward so much to exploring it a lotÂ more.Â Â Pretty! Pretty! Pretty!