I liked the artwork she had already that she wanted me to match it to, even though it was by an artist I didn’t recognise the name of, I certainly recognised the style, and colour choices of flesh, red, and black! Such an elegant and sexy colour choice! I asked the budget she was thinking of and she named a price, that I was happy about and knew I could do the artwork for the price she wanted, for the size she wanted, in the way she wanted, for the time frame she wanted it doing in, to match the other artwork. But at the end of the conversation she said that she would speak to me the next day as she needed to confirm a few things with me the next day…

When we spoke the next day, she told me that she had had a re-think re the choice of artwork regarding size, and also wanted to make it three paintings, but smaller than we originally had agreed on the day before..and emailed the three photos over to me that she wanted me to do. I am used to clients having a re-think and wanting other ideas done, but when she sent the other photos to me, I could see exactly why she wanted to make it three smaller paintings, rather than one large one. The three were all of her, but they made a really lovely erotic set of paintings, for her to have in her bedroom, and they could all be viewed together, but told a slightly different story about her… I really liked the three together…such a good choice of photos… and all clear and well taken..!! And that helps as well for me as an artist. We were on the phone for a while as we discussed sizes of paintings, and eventually she decided she wanted 10 inches by 20 inches as the canvas size, and I just reminded her that I would get as close as I could re those sizes from the art materials company I buy my canvases and paints from, which of course are all different permutations of sizes and in centimetres of course!! I’m so used to working out artwork in inches, but having to think in centimetres as well..

She also wanted slight changes to all three of the photos to match the other artwork with the black, flesh, and red colour scheme. So the background on one would be black instead of white, in another the basque she was wearing that was pale pink and black she wanted making red and black. I assured her I could do all of that, easily, and they would look great together. And I loved the way that two of the photos had masks in them, the sexy sort of masks that are so sensual in a bedroom, were incorporated in the pictures, in two totally different fun ways!

So, decisions made regarding the photos, and the artwork, and how I am going to paint them in acrylics on canvases, as a set. I just needed to check the sizes of the choices of canvases and told her I’d ring her last night with the options..

The first option bearing in mind we were going for the 10 x 20 inches or as close as, was lightly small at 8 x 20 inches, the second was slightly too wide at 12 x 20 inches, and the third, giving her a choice like Goldilocks and the three bears…which made her smile when I said that…was 10.5 x 18 inches, which was as close as we could hope for! She decided on the latter I was pleased to hear..good choice! And she was as excited as I was regarding the thought of the artwork being done!! Yaaaaaay!

And the thing that really made me smile at the end of our conversation was when she said to me " You think of everything!" I know I do, but it was sooooooo good to hear that…!

I’ve just ordered the canvases today, so they’ll be here in a week or so…and then we get to the good stuff..the creation!! 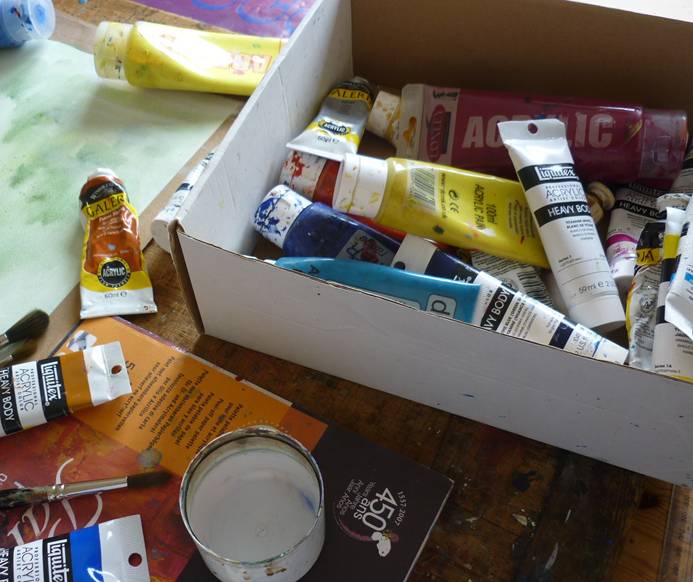