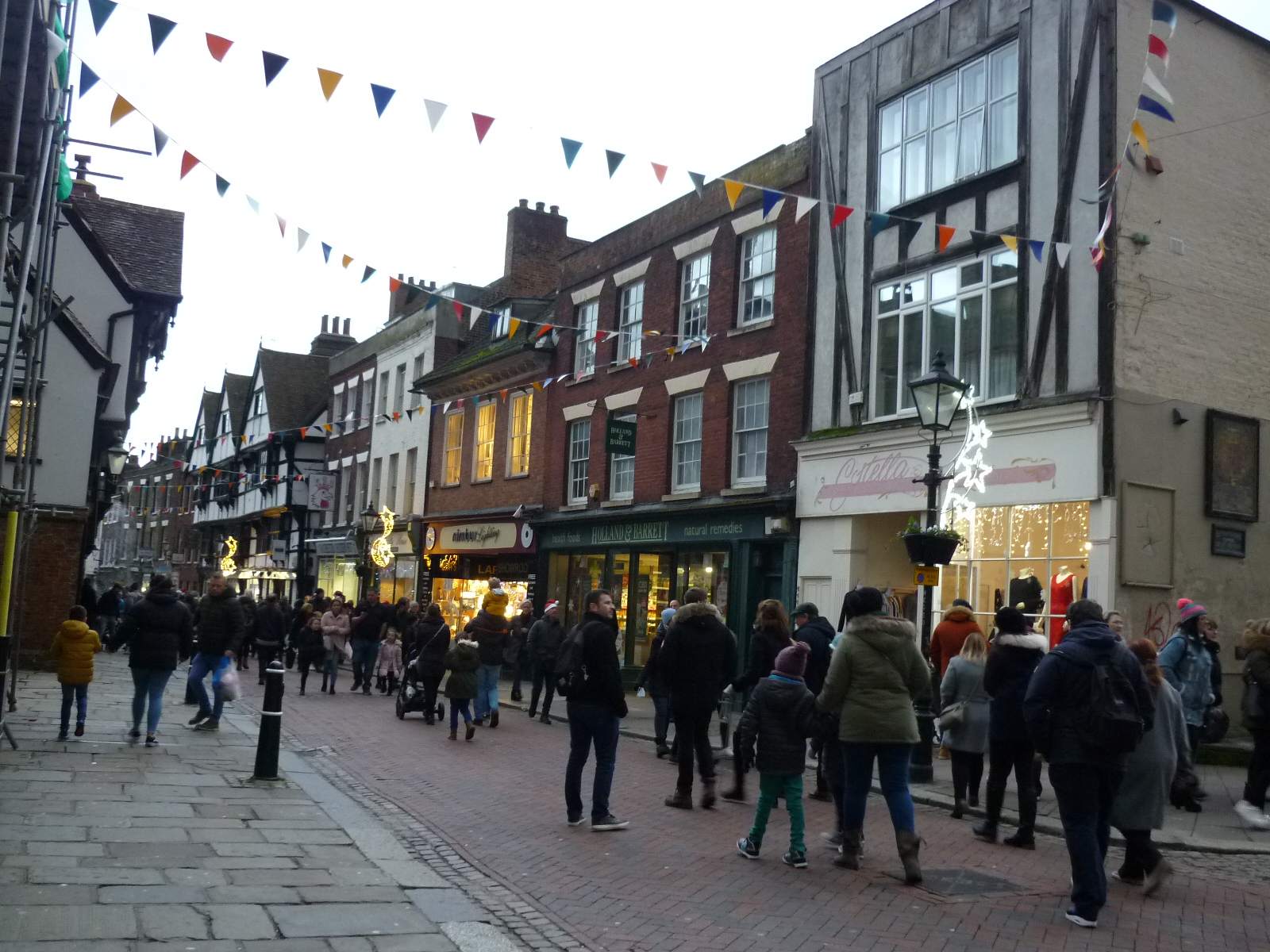 Immersing into a new Victorian Christmas

Part of the excitement of moving to Kent was wanting to get involved with the seasonal celebrations of the area. I heard about the Charles Dickens Victorian Christmas Festival  held in Rochester about six years ago and knew that it would be high on my list of experiences I wanted to get involved in whenever I could manage it. I had the chance to do it this weekend and went along to it with my husband on Sunday afternoon which was perfect timing as the twilight came and the lights lit the scenes beautifully. We parked the car with a bit of a struggle as it was so busy, in Rochester, and walked over to the High Street and just wandered along there with all the other visitors, who were mingled in with the people some of whom were dressed in Victorian clothing too. It all added to the atmosphere. Rochesters High Street is full of Victorian buildings, some of which feature in Charles Dickens books, and as well as that there were stalls selling delicious mulled wine and warm mince pies, hot chestnuts, hot doughnuts, hot roast pork, and hot sausages. There were carol singers and even snow in the air from the snow machines. The local shops were open, selling traditional sweets, and festive gifts, and as we walked past the bars even though some of them were playing more contemporary pop songs they were still Christmassy ones so the whole atmosphere was a Christmas delight! We stood in the street drinking the most delicious mulled wine I’ve ever had, and an accompanying warm mince pie, and enjoyed the atmosphere along with the other tourists, including a lot of French people, one of whom was standing next to me and was fascinated to see in a local restaurant people eating – she turned to me and said “The people, they are eating Worcestershire pudding!” to which I smiled and said it was probably Yorkshire pudding but I couldn’t see what she could see where she was standing, and maybe she might know something I don’t know of the food of the area! Later on my husband and I wandered past Rochester Cathedral and more carol singers, and then up to the Castle grounds right next to the Cathedral where there was a fair and Bavarian market selling more food and drink and festive gifts. All idyllic! I loved it!

And this week, just to add to the experience I started to read one of Charles Dickens books… “The Old Curiosity Shop”..I knew last week that I would read it around now, and I’m only a few chapters into it but I am loving the many diverse dramatic characters from the deeply good and beautiful to the grotesque and controlling. He writes so beautifully of life, and humanity, and the way people dressed then might be so different from how we do now, but people are the same!