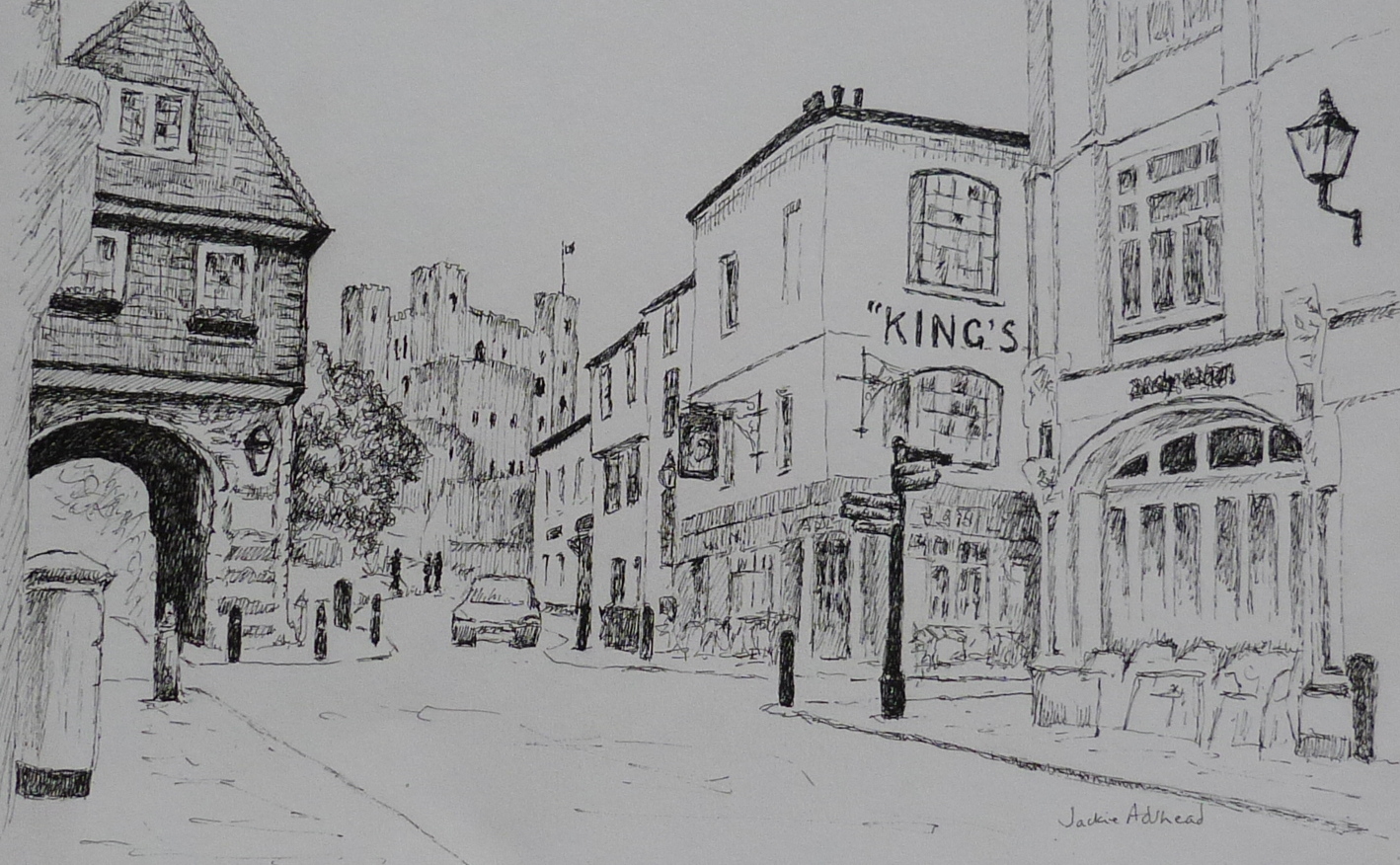 As I look back on this year at the massive changes in my life from a year ago, I congratulate myself on all that I have achieved..from looking at houses for sale in Kent from the start of the year (and actually the six months previous to that) and even though we only walked through the doors of six houses to find the one that we eventually bought, there were hundreds of houses we looked at on-line and using Google Earth to find if it was built next to a pig farm that the estate agent had neglected to mention. When we had our offer on the house accepted in mid February there was then three months of waiting, of which only a few days was actually physical stuff for us to do whilst solicitors/estate agents/surveys worked quietly in the background. In that time we sorted out the stuff that we knew wasn’t coming to Kent with us from Leicestershire, so that on the day we actually moved at the end of May all that we brought with us was all that we needed. I was very fortunate that my house in Leicestershire sold within six days! So that meant when we moved to Kent, we didn’t have to return to the Midlands for any reason. We could concentrate fully on Kent. Except ten days after we moved in we had a holiday booked in France that had been arranged in January. It was good in a way that we had the holiday booked, as we had worked so hard re the house moving that we needed that break, and the weather was superb in France and we came back rested and refreshed. But, only for five weeks at the new house as we had another holiday booked in France again that had been arranged at the same time at the other one, in January, Again we had a great time and when we returned in early September we were back properly to start work on the house and garden of our new home. But, time and the weather changing for the cold winds and wet days of autumn meant we had to cut back the old 26 foot conifers at the front of the house, and the old 20 foot laurel at the back of the house both of which had been allowed to grow too big and were cutting out the sunlight and the view. As well as that we had to top up the inefficient layer of loft insulation in the loft, and replace the rotten old landing window, both those jobs made the house so much warmer and properly efficient in retaining heat in the house. The whole time we were doing those jobs we were doing house and garden maintenance jobs, painting the shed, gate, garden furniture, decking, making new curtains and putting up curtain rails, painting cupboards and walls and peeling radiators, replacing dripping kitchen taps, hobs, and tearing out and replacing the built in wardrobes in the main bedroom and so many other small jobs in the house we lost count!

None of this is anything but a summing up of my year. As an artist. So this is why, I am sure you can understand why I haven’t painted much this year. Except, I might not have painted much, but two paintings in particular that I was asked to paint, and to my delight by the same person who considers me to have a massive talent as an artist, were extremely challenging and also both turned into amazing paintings that I am immensely proud of! The first was a commission in acylics on canvas of “Sarah as Mother Nature” depicting the  50 year old woman in question as Mother Nature and all that she entails, and since the woman lives in Kent I incorporated so much of Kent as I could, from lavender, to apples, roses from Hever castle, and Kentish cobnuts! I put 29 natural items within that picture and loved the look of it, sexy but tasteful (if you excuse the pun!) bright and cheerful and colourful and uplifting. The second piece of artwork I did for the same client, was for a tattoo design for her. She is in her mid 20’s and wanted her guardian angel/warrior girl with her favourite wolf at her side as a drawing that would be the basis of the tattoo design. She gave me  about ten things to incorporate it with the brief of “All together” which made it the most challenging of images to put together. since it wasn’t one thing, it was so many that all had to be brought together in the drawing and work as a concept.  It took me about a week of drawing out ideas, thinking about them rubbing parts out and adding to them, until I was happy with the working drawing, and then a few days of working out the tones, and colours, before I was happy with it all, and could draw out the picture itself on cartridge paper for her. I love the movement within the picture, the wind in her hair, her skirt flowing around her, and her wings unfolding. There is a lot of power in that picture. The other pieces of artwork I’ve done this year, were pen and ink drawings, which I love doing. I was asked to draw the interior of St Saviours church in Foremark, South Derbyshire as a present for a guy who was connected with the church but leaving the area, and the woman who commissioned me to do the drawing liked it so much she asked me to do one for her in exactly the same way! So I was delighted to do that in April of this year in the quiet times of waiting for moving to Kent. The woman in question was so pleased to get me before I moved from the area but as I said to her I could still do pictures if I leave the area its just that it would have had to have been posted not hand delivered! And the other three pen and ink drawings of Rochester, Aylesford, and The Pantiles in Tunbridge Wells were done a couple of weeks ago in the middle of December when I had some free time between Christmas festivities. And I wanted to do something that connected me specifically to Kent.  Again I chose to do pen and ink as they are easy to do, I have the cartridge paper to hand. and the rotring technical pen, and its ink, and lots of photos of Kent from previous holidays here. Its instant creation of art without having to wait for bits to dry or work out compositions or colours. It suits me fine to do these simple drawings. It reminds me that I am an artist, and that all my art creativity has been on hold for the last eighteen months. And it was good to hear my ex husband say when he rang to wish me a happy Christmas that he has always thought those pen and ink drawings are the best of what I do as an artist.

It was also good to hear my good friend across the seas in America when he saw the pictures on my website tell me he is my biggest fan in America.

And it was good to hear my good friend in the Midlands say that she thinks my pen and ink drawings are brilliant and thinks they really capture the atmosphere and look old fashioned and timeless  and thinks they could have a broad commercial appeal too. There are still maintentance jobs to do in the house and garden in the new year, but now I can get back into creating art again. I can enjoy my new studio. I can enjoy the beautiful sunlight. I can enjoy the inspirational countryside and seaside of Kent. I can find more people to show my art to.

I have a new year to look forward to, and a new decade starting.