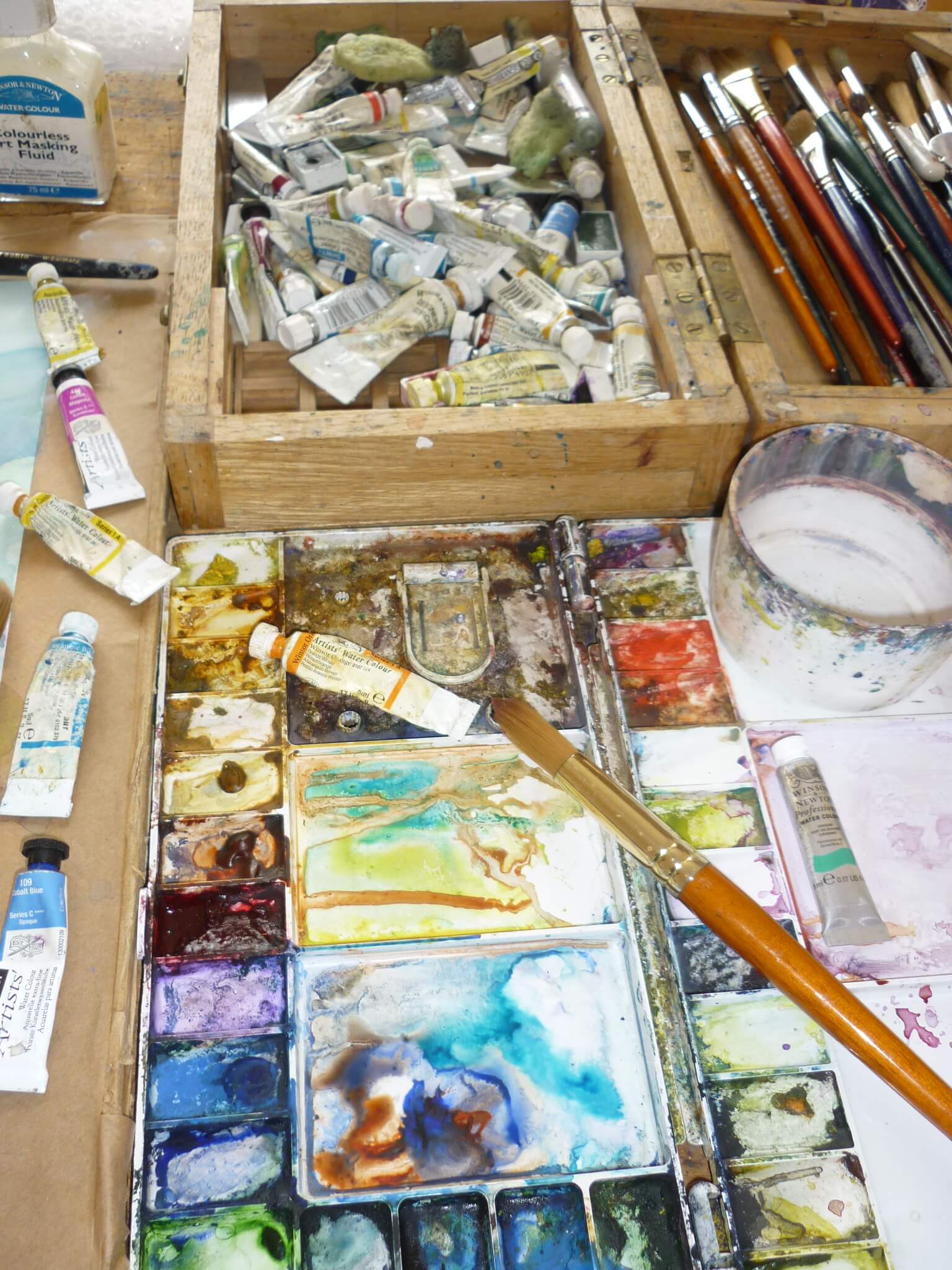 The first week of January tends to be a tidying up one for me, after the Christmas and New Year break there’s lots of small jobs to do that help me get my mind back into work mode as an artist and business woman. I quite like the quiet times whilst things are brought back into line again until I am busy with creating art, which is the fun bit.

I wasn’t particularly expecting any phone calls this week as it tends to be the second week of January when people start to think more about what they want from the new year.

I asked what size picture he was thinking of, and whether he wanted it in colour, or black and white, and the price he was considering. His answer was “Whatever you think” and I explained that I needed a price to work to, since I start at £50 working up to tens of thousands! His rely was “The lower end of the prices” and named a price he was considering. I said I could do the artwork he was thinking of, but would work from photos that he sent to me. When he asked “Of what?” my reply was “Whatever you are wanting the picture to be of, but I need the photo to be well lit, in focus, and high resolution and can you email it to me “. He said he’d have a go and get back to me, and within half an hour had done just that. When we spoke later on, he asked if the photo was of good enough quality, and I replied that it was, I could do a drawing from that since it was clear to work from. I then asked if he wanted his face in this photo, since the photo wasn’t showing his face although he may not want his face in the photo. He asked what I thought artistically of the photo and I replied that it was a strong masculine photo that had a powerful message in it and would make an excellent painting. I asked him what he wanted the image to convey and he explained a bit of what he was thinking of, and as we chatted I gathered that he was wanting this painting done to prove something to himself. But the most gratifying part of the conversation as far as I was concerned was when he said “I can tell I’ve got exactly the right artist to do this for me!”.

The guy is having a think about what exactly he wants the picture to convey, and at some point he will get back to me.

I know I am good therapy to a lot of people, and some people find that via the artwork they commission.