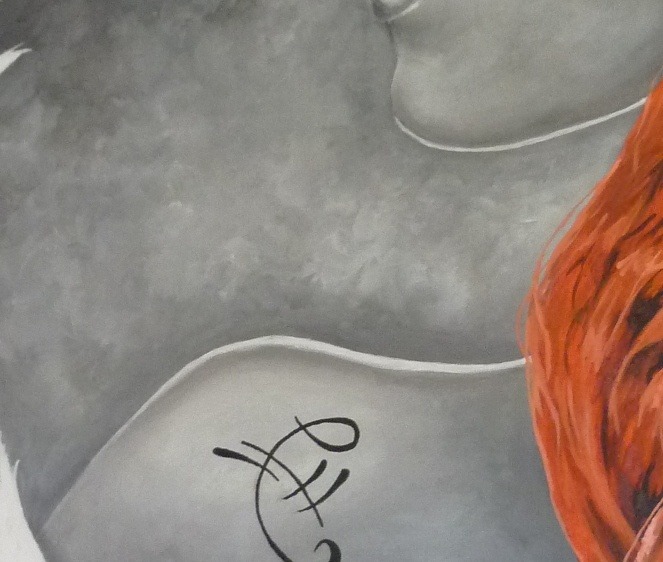 Its always poignant to look back on any year, we always start a year full of hope and at the end of it there will always be highlights… and here are mine for the last year.

It seems to have been a year of two halves regarding artwork, I was pleased to exhibit my artwork and finish off some of the more spiritual ones that I had worked on before, with the Moonstone Gallery in Ashby early on in spring but it seemed it was only a couple of weeks after I got all my pictures hanging there than I was taking them back again as the owner had decided to close the shop and gallery down.

I knew that I had the big commission coming up in the summer with Repton Parish Council wanting me to do fourteen pen and ink drawings (including two of them being line and wash) of Repton and Milton for their Neighbourhood Development Plan for Derbyshire County Council, and I really enjoyed doing them as I was brought up in Repton and know the area so well, and Repton Parish Council gave me free rein with artistic licence for the drawings and I think they all came out beautifully as illustrations for the document, rather than plain photos, the artwork told the story far better.

It wasn’t long after those pen and ink drawings had been delivered that I bumped into the business woman who was someone I knew from some years ago who had been looking at my website and most specifically the Fantasy Fanny paintings which she wanted to commission as two specific Fantasy Fanny logos for the two online businesses she will start up at some point in the near future. She and I had a lot of fun designing the orgasming images on striped backgrounds, one bright colours leaning towards purples, on wood panel effect stripes,  and the other decadent textures of golds splashing out of the picture on duck egg blue and gold.

Then in September I was commissioned to do the acrylic painting on paper of the happy couple on the beach, in a setting that they wanted me to create around them. Since it was just in black and white and split equally horizontally with the sky, sea, and sand, the image had to have enough interest in the rolling clouds, rolling waves, and indents in the sand to make the picture look interesting. I loved doing this picture too, although the couple have requested that their faces are not shown in the picture I am showing here. But I have been reliably informed that they are repainting their bedroom so this painting has pride of place on the wall, and even moving their bed so that it can be viewed better!

After that the next important set of drawings were of Stuart Haywood who wanted to be depicted as he is now at the age of 80 in a pencil drawing, and as a separate drawing but to accompany it and mirror the image in a way, was a fantasy pencil drawing of how he remembered himself as a virile 40 year old with me working from a photo of him fully dressed and having to create the drawing of him naked from it, and his description of his body at that time! He tells me that this drawing of him at 80 is the best I’ve ever done of him. And is already planning the next artwork he wants me to do for him!

And the painting to end the year, was the mystery one in black white and red, that I can’t talk of  as yet. I haven’t shown it yet in its entirety, but the client was absolutely bowled over with it and loved it, as did the person receiving it!!!!!!!!!! and I was informed it was deemed to be the best Christmas present ever!!! YAY, just the response I was wanting!!  But, I am hoping that very early in January I can show it to you and explain the symbols hidden within it and why I think its such a personal and loving painting.

Other than these paintings there were other paintings and drawings, but for me these were the highlights, the ones that show me at my best this year, and the ones that I am most proud of…

And who knows what next year will bring…