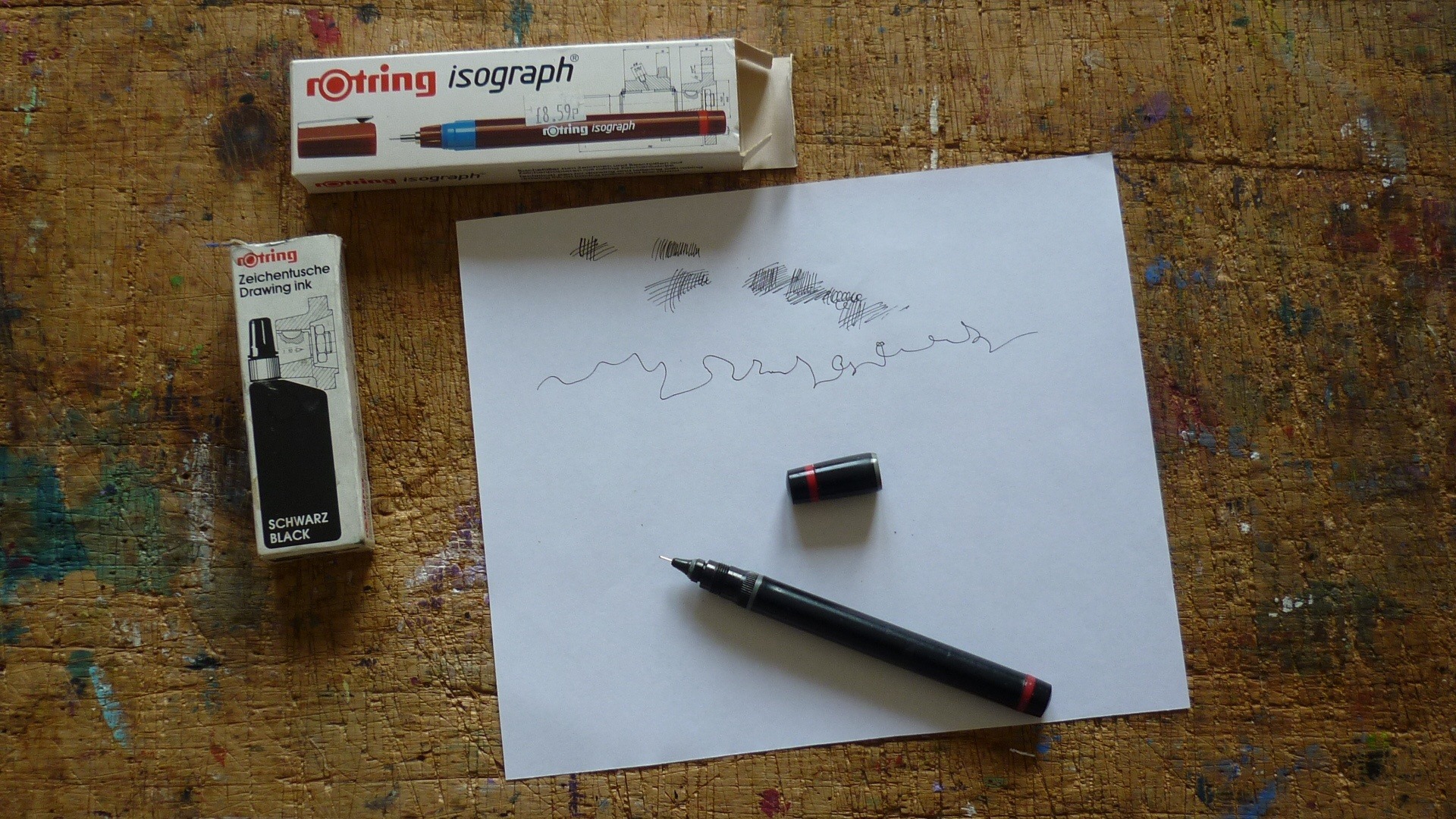 Why you should never draw everything you see

And it’s actually helped that there is a time limit to each drawing from the brief the client has given me. Some of the drawings are more involved in the subject matter than others, but putting only three hours into each drawing, which isn’t a lot for the details in some cases, makes me make quicker decisions as to what is important in the image, and what isn’t. If there is a lot of grass in a meadow for example, I don’t need to draw every blade of grass, as I’d get about a twentieth of the grass done at that three hour point, and none of the important things like buildings, or fences, or trees. So, I can hint at the grass as its unimportant. A line of trees in the distance for instance might be more important in which case that can be hinted at with a few lines and squiggles. The eye knows what it is without me having to draw every tiny, minute,  little detail.

The client has asked for some black ink drawings on white cartridge paper, so the only mark made is the one with the fine pen nib. And when you draw anything, the only way of getting stronger tones of colour is by finely going over the area in two or more directions, called cross-hatching, and means that less of the white paper shows through.

The first decision I make when I have drawn out the image on the paper is to decide which parts are going to be the darkest, and those are the ones that are put in first, the darkest parts of the picture, and usually the parts that have the most interest within the image. But, I don’t put in the black as a solid flat black, I leave tiny parts of the white paper showing through in parts of it.

If I am drawing trees I don’t need to draw in every branch of every tree, or every leaf that is on the tree. A hint of branches and a hint of foliage is enough to do that, and far more interesting to look at.

Also, if I am drawing a house that is made of bricks, I don’t draw all the bricks, I only hint at part of the brickwork in some areas covering most of the building. If it has a slate roof, I don’t draw all the individual slates on the roof, only hint at their being some lines of slates and hint at there being some individual slate shadows over part of it. Its looking at the bigger picture and what is important that needs to be explained within the drawing. Unimportant things like tarmac, can be hinted at.

Also, and this is one of the most important thing when drawing houses, particularly when they have small panes of glass in the windows, double glazed or single glazed, you don’t draw in every single window pane and colour it solidly black. Not even if it appears to be a solid black as you look at the window, because to do that makes the house look dead. Only draw in three of the four sides, and only about a diagonal of that should be blacked in, will make the house look alive and interesting.

Also, crowd scenes of people don’t need every face and every feature of every face drawn in, as it means that you start looking at the faces and forget that they are in a setting that is possibly more important than the people themselves.

Its making all of these decisions that I am loving doing in this commission. What’s important? What isn’t?

The whole image should speak when you look at it, and usually the smaller stuff is just clutter. Less is more!

So I’m taking it out, and loving the effects!!!