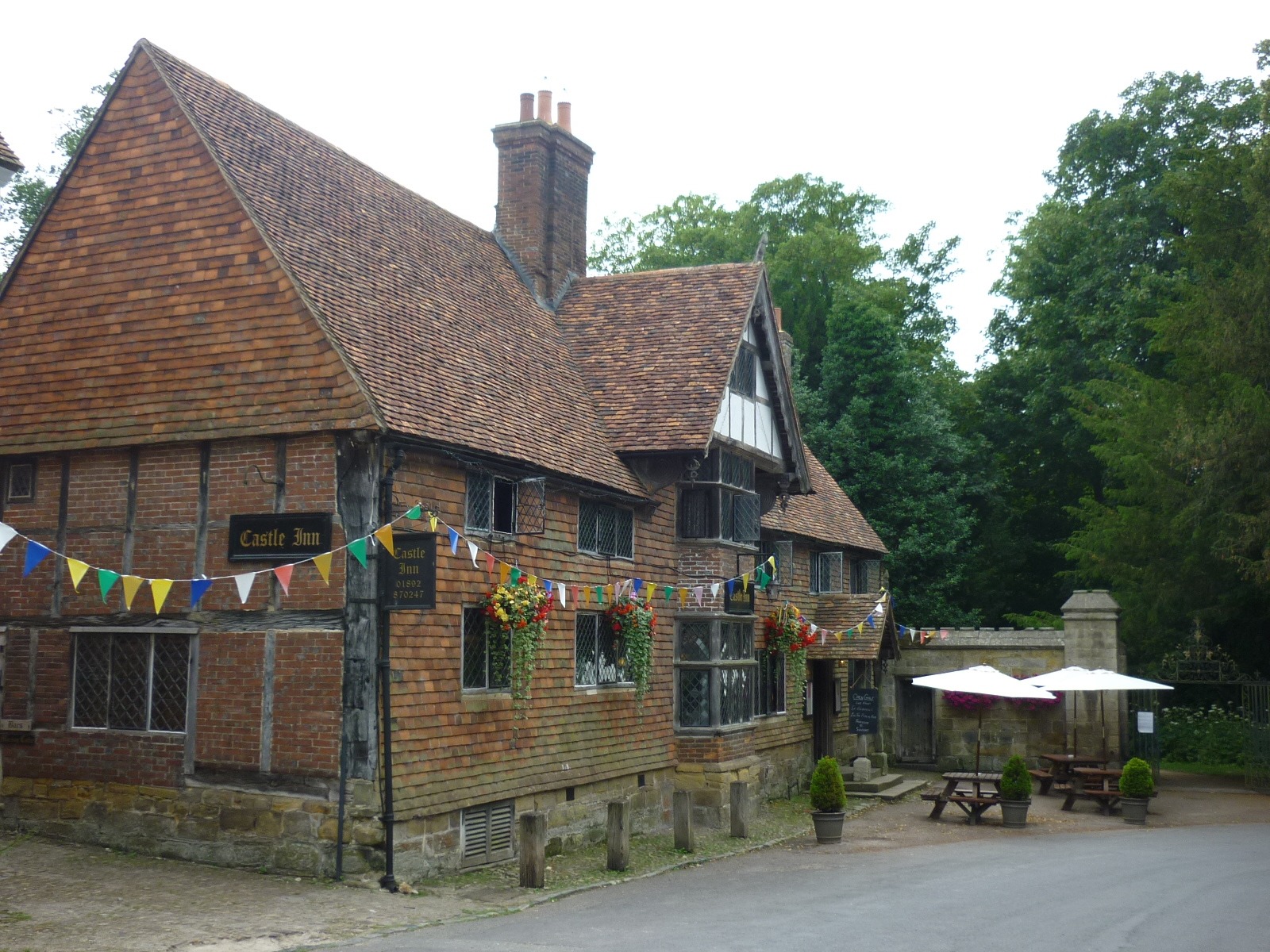 This is why I love Kent so much

I’ve visited a lot of counties in this wonderful country, and they all have their own character – the rolling hills of Derbyshire, the rugged coastline of Cornwall, the endless skies of Lincolnshire… but Kent seems to have it all. The massive sense of history, the diverse coastlines, the fields of fruit trees and hops, more castles than anywhere else, and the achingly picturesque cottages. All of it inspiring, and fun to explore.

There was only one visit to the coast this time, being Herne Bay, whose main curiosity to me other than it was full of German students  and appeared to have forgotten it was supposed to be summer was the fact the pier had two ends and no middle! I wonder what storm, or fire, caused that to happen.

There might not have been much coast but there was a river trip, and although it wasn’t technically in Kent, unless they’ve moved London, but we did start the day and end it in Kent. A fascinating river trip along the Thames and a delicious three course lunch to accompany it was a delightful start to the visit and the usual touristy visits afterwards to Leicester Square, Covent Garden, Fortum and Masons, Piccadilly, Soho, Trafalgar Square, Buckingham Palace meant that we felt we had seen the sights in all their glory. Although I was incredibly annoyed to find that someone in their wisdom has decreed that since I was last there two years ago,  all the public toilets in London now charge 50p a visit (what happened to spending a penny!!!!!!!!!!!!!!!!!!) and no-one had any change, so for someone who had a purse of only two pences and ten pound notes, it was not at all funny…

Anyway, moan over, and back to the theme, of the delights of Kent. Further afield we found two delightful and previously unknown (to us) villages of Chilham, and Chiddingstone, although the latter was called a village, I think they were being very optimistic for 6 houses, a church, a pub, and a shop! The pub did do excellent food though, and after a tasty lunch we wandered into the grounds of the castle next to it and spent a happy hour or so taking photos of the water lily covered lake and tree lined gardens.

Of course we also managed to get to our favourite town of Faversham, which always makes me feel happy as its so pretty with 500 listed buildings leaning colourfully and gorgeously in all directions. And also a trip to the pretty village of West Malling, with its wide main street and wide selection of shops made us linger longer and invest in the tourist favoured fish and chips after we’d only gone for an icecream.

We also happily visited the large sprawling shopping centre that is Blue Water, and told the woman in Café Rouge that we were there on holiday as we had been the year before, and she thought we actually meant at Blue Water! No, we’re not that sad that we take our holidays in shopping centres……..! 🙂

So, seeing good friends, drinking fine wine, and going out for delicious meals, walking new areas and visiting old familiar ones,  and having a relaxing time in that gorgeous county has totally refreshed me.