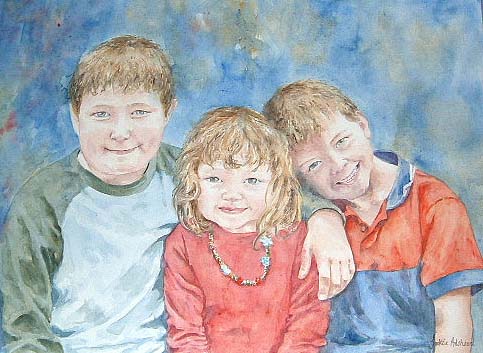 Ten minutes of your time

I bumped into the niece of my old neighbour this week, much to my delight. I like her very much, she’s fun and lively, and a delight to be around, with a keen brain and great organisational skills. Which is probably why she organises my favourite exhibition of the year at Ticknall Village Hall in Derbyshire. When you say that its based at a village hall, some people would turn their noses up at it “What? A village hall? I don’t think I’ll bother with that!” and I agree, in a lot ofÂ  cases a ‘village hall exhibition’ would be naff amateurish art that anyone with any sense of aesthetics would avoid. But not this one. This one has been going for about fifteen years and hangs well over a thousand paintings by one hundred different artists (both amateur and professional)overÂ  a one and a half daysÂ isÂ packed outÂ with visitors and last year raised Â£17,000 for the local school. And there is definitely something for everyone and every price range there. That’s an awful lot of money, an awful lot of people through the door and some stupendous art on show. She was telling me that people from London who set up the Royal Academy summer exhibition came to see how they hang work, and couldn’t believe so much art was hung in such a short time. But it is.

We chatted about various things connected with art and the show, and then she asked me a pertinent straight to the point question.

And to start with, with a smile, Â I turned her down, no, not me, nnnoooooooooo, I don’t want to do that one, thankyou.

But then, as we chatted, I thought about it, and thought “Why not?”

So afterÂ half an hours more chat, I said I’d do it.

I could understand that she wanted to make sure, cos she wouldn’t want to be let down. But, once I’ve said I’m going to do something, I’ll do it. I went on to give her some more details of other pictures I’ve done recently, the one of the five pets in watercolour, and last year the hugely complicated commission of David and Martin walking by the Royal Crescent in Bath with their three dogs, Martins parents and their dog, Davids two sisters and their husbands, Davids mother, and Martins brother, if I could do that for them to their huge satisfaction, I can do this!Â She watched my face as I described the work to her, and could hear the passion, motivation, commitment and excitement in my voice, and nodded at me. “That was easier than expected!” she said, because she knew that there aren’t many artists who could do what she’s asking for, but has asked me, of all the artists she knows.

I’m not saying it won’t be daunting though, doing it.

Because what she asked me to do, and what I have accepted is something that sounds incredibly easy and simple.

What she wants is “Ten minute portraits” done in any medium I’m happiest with. So, it may be charcoal, pencil, pastel, line and wash, or any other way of making marks on paper. My gut reaction at this point is not anything that requires water, just keep it simple (there’s that word again!) and use a medium that can make soft and smudgy as well as sharp and precise marks all in the same piece – like a piece of charcoal or chunk of pastel. But done in one colour onlyÂ as a tonal drawing. The picture shown here was one I did some years ago for a client who had commissioned another artist to do a painting of her three children as a surprise present for her husband’s big birthday and when she saw that finished painting she didn’t even recognise her own children, and contacted me in a panic – could I do it for her? Yes, I can. In the time wanted? Yes, I can. And when she saw this painting she loved it and instantly recognised her three kids. Success!

……And knowing that whilst I’m sitting drawing someone, there will be a whole load of people standing behind me, watching, and most of them will be artists, since that show attracts many artists. And, and this is absolutely crucial, if I get it wrong, there will be a sigh, a tut, and when I finish the drawing after the ten minutes and turn around, there will be a big empty space behind me, like a ghost town in a cowboy movie complete with tumbleweed. So, massive pressure for me to get it right, and make sure that there are others there excitingly wanting to have their portrait drawn my me too, because they love the images so much. And worse case scenario is that there are children who will be wanting to be drawn, since a child’s face doesn’t have the lines and heavier features of an adult, they just have the basic little noses, little mouths, and large eyes of childhood, and I’ve got to find it all and put it down on paper for their doting parents. In ten minutes. For two whole days…………..

Not much pressure then.